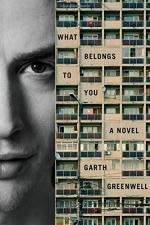 Related Topics
What Belongs to You
Cleanness

What Belongs to You: A Novel Summary & Study Guide

Garth Greenwell
This Study Guide consists of approximately 51 pages of chapter summaries, quotes, character analysis, themes, and more - everything you need to sharpen your knowledge of What Belongs to You.

What Belongs to You: A Novel Summary & Study Guide Description

What Belongs to You: A Novel Summary & Study Guide includes comprehensive information and analysis to help you understand the book. This study guide contains the following sections:

This detailed literature summary also contains Quotes and a Free Quiz on What Belongs to You: A Novel by Garth Greenwell.

The following version of this book was used to create this study guide: Greenwell, Garth. What Belongs to You A Novel. Farrar, Straus and Giroux, 2016.

This novel contains three very different vignettes, which are labeled as parts. Each of the three vignettes come together in a way that allows readers to deeply explore the inner thoughts of an unnamed narrator, who narrates the entire story from a first-person limited point of view. This chronological story begins with Part I: Mitko, which was originally published as a novella in June 2011. Part I: Mitko contains four, untitled chapters that work together chronologically to tell the story of how an American teacher living in Sofia, Bulgaria becomes obsessed with a young Bulgarian hustler living on the streets. This unnamed narrator is a gay man who desires physical comfort but fears actual intimacy. The reader is introduced to the narrator in the public bathroom at the National Palace of Culture in Sofia. Mitko, a 23-year-old hustler offers the narrator sex in exchange for money. The narrator resists at first; he is hesitant to pay for sex in a public bathroom. However, he agrees to pay Mitko money in order to give Mitko a blowjob. This begins the narrator’s attraction and interest in the young man. Mitko is described as having a tight, athletic body and an impressively clean body. In fact, the first time the narrator goes to give him a blowjob, Mitko stops him so that he can wash his penis in a nearby sink. Part I: Mitko examines how this convoluted relationship affects both men, causing each of them to re-examine their decisions and lifestyles.

The narrator struggles with confusion when it comes to Mitko. He knows that their only connection is the transactions he pays for, yet he feels drawn to Mitko on many levels. He is attracted to Mitko’s body on the surface, but he is also deeply attracted to Mitko as a victim that needs saving. The narrator becomes interested in how Mitko became a prostitute and he wonders how many other men Mitko spends his time with. Mitko, on the other hand, is also confused by the friendliness and open relationship he has with the narrator. Mitko is treated well, fed, paid, and provided with a warm bed on many occasions; this makes the narrator a person whom Mitko grows to think of as a friend. Both Mitko and the narrator are not sure of the genuine connection each feels for one another and they each know that their business relationship is doomed to end at some point. Part I: Mitko concludes with the narrator visiting Mitko in his hometown of Varna. The narrator books a hotel room for the two of them to enjoy. However, the narrator becomes annoyed that Mitko seems to disregard the business deal of this trip, which is for Mitko to provide sexual pleasure in exchange for staying in the hotel room. Mitko becomes confused at the brazen annoyance displayed by the narrator and he becomes angry. A verbal fight ensues, which then escalates to Mitko striking the narrator in the face. This concludes their relationship, business or otherwise, and leaves both men quite alone in their own worlds.

But Greenwell extends his novella by adding two more parts: Part II: A Grave and Part III: Pox. Readers are still with the unnamed narrator in Sofia. He has just learned that his father is on his deathbed and is requesting him to come home and see him before he dies. This causes the narrator to wander around the city of Sofia while his own mind spins in circles about his painful childhood. In Part II: A Grave, readers are enlightened about the narrator’s childhood and his timid hatred towards his father. The narrator used to be as close to his father as he could get. His dad was frequently away on business, but they were close when he was home. One day, the narrator was showering with his father. He saw his dad’s wet, naked body and he became erect. Without thinking, he reached out to hold his father, but his dad thrust him away when he felt his son’s erection. The narrator notes that this is when his dad started hating him. Shortly after, the narrator met a great friend named only as K. The two of them became close and the narrator was elated to have a person he could share things with. The two boys spent the night together. K. invited the narrator to explore his body, asking the narrator to relax and touch him. In the morning, K. left abruptly and ended their friendship with no explanation but by trapping the narrator in a room where he watched K. get a blowjob from his new girlfriend. This led to more suspicion by the narrator’s father, and his dad finally disowned him by calling him a faggot and saying that he was not his son. All of these tragic feelings overwhelm the narrator and leave him wandering the streets of Bulgaria and avoiding a plane ride to see his father.

Mitko is not present in the narrator’s flashbacks in Part II: A Grave. However, the young hustler reappears, ragged and emaciated, in Part III: Pox. It is obvious that Mitko’s health has gone down since the narrator last saw him in Varna. Mitko visits the narrator to explain to him that he has been diagnosed with Syphilis and that the narrator is most likely infected as well. This results in the narrator losing any sexual interest in Mitko. He is then forced to visit two public health clinics in order to be tested, diagnosed, and treated. He is also forced to explain to his new boyfriend, R., that he needs to be tested and treated as well. The narrator begins to resent Mitko for the drama and hardship he has brought into his life. He resents Mitko for the fear he feels when there is a knock at his door, for the Syphilis he has given his boyfriend, and for the help Mitko never allows the narrator to give. By the end of the story, Mitko is on his own deathbed. He visits the narrator, delirious and frighteningly thin. He talks of God and of the life he wishes he had chosen to live. The narrator notices that he does not feel charitable toward Mitko. He does not want to help Mitko by watching him die. He gives Mitko money and sends him out into the world alone and cold and wandering the streets before his eventual collapse. Mitko exits the apartment finally realizing that the narrator was never really a reliable friend after all, and the two men depart with one continuing his life and the other knowing his will end abruptly.

More summaries and resources for teaching or studying What Belongs to You: A Novel.

What Belongs to You: A Novel from BookRags. (c)2022 BookRags, Inc. All rights reserved.