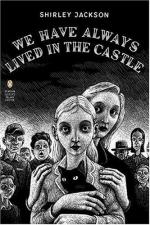 We Have Always Lived in the Castle Summary & Study Guide

Shirley Jackson
This Study Guide consists of approximately 29 pages of chapter summaries, quotes, character analysis, themes, and more - everything you need to sharpen your knowledge of We Have Always Lived in the Castle.

We Have Always Lived in the Castle Summary & Study Guide Description

We Have Always Lived in the Castle Summary & Study Guide includes comprehensive information and analysis to help you understand the book. This study guide contains the following sections:

This detailed literature summary also contains Topics for Discussion and a Free Quiz on We Have Always Lived in the Castle by Shirley Jackson.

Two young women and their elderly uncle live in an isolated, grand old estate after the rest of the family was poisoned by arsenic six years previously. The uncle is disabled now because of the effects of the arsenic, and the older sister Constance takes care of him. The younger sister, Mary Katherine, is eighteen years old, and she is the narrator of the story.

Constance and Uncle Julian never leave the property, so Mary Katherine, also known as Merricat, walks into the village every week to buy supplies, get new books at the library, and stop at the coffee shop. She knows she is not welcome in the village and she quietly tolerates the taunting received from children and adults alike. It's clear from Merricat's thoughts that she is a very strange girl. When others tease her she imagines them dead on the floor and she is very superstitious. Merricat buries relics all over their property and nails items to trees in order to protect their property.

One day a man comes to visit the Blackwoods. It is their cousin Charles Blackwood, and Uncle Julian immediately dislikes him because he is greedy, just like his father. Constance is interested in Charles and gives in to his demands, but Merricat doesn't like him and does her best to get him to leave. She puts dirt and sticks and dead leaves in his bed and then soaks the whole mess with water. She also refuses to sleep in the house while Charles is there. She makes a little camp in the woods to avoid him.

Uncle Julian worries that Charles is trying to take over the household. Charles keeps asking for the deceased father's papers and access to the safe where all the money is kept. Julian will not let Charles look at any of his own papers. Through all of this, the reader is unaware of who the original murderer was. We know that Constance was tried for the murders but was acquitted.

When Merricat feels that Charles's influence in the household has reached a dangerous point, she sneaks into Charles's room, which had formerly been her father's room. She sees a cigar smoldering on a saucer on the dresser. She is disgusted with this and sweeps the cigar along with the saucer into a waste basket. Then she goes down to dinner. The cigar starts a fire, and the entire second floor is burned down before the firefighters get the fire out. Everyone in the village comes to watch the fire, and once the fire is under control, the fire chief throws a rock through one of the windows, which gives everyone else permission to attack the house. During the commotion Uncle Julian dies of a heart attack and Constance and Merricat hide until it's all over. The villagers destroy everything they possibly can, breaking all the dishes in the cupboards and tearing down drapes from the windows. They pile up furniture on the lawn to take away for themselves later.

Merricat takes Constance to her little camp in the woods, and Charles disappears with the villagers after trying to carry away the large safe. After the dust has settled, Merricat and Constance move back in to the remains of the house. They clean up the kitchen as best as they can and seal off most of the house. They salvage what they can. They wear Uncle Julian's old clothes and make some items out of old tablecloths. Constance had stored lots of canned food in the cellar, which escaped the mob, and they live quietly in the old house. Over time, ivy covers the burned beams, and people come to see the old place. In the night, people leave food items in baskets on their porch along with notes of apology. We find out at the end that Merricat was the original murder of the rest of their family.

More summaries and resources for teaching or studying We Have Always Lived in the Castle.

We Have Always Lived in the Castle from BookRags. (c)2022 BookRags, Inc. All rights reserved.