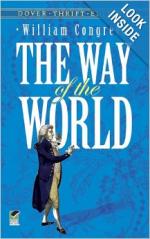 Additional Resources for The Way of the World by William Congreve

Gardiner discusses the Civil War that temporarily ended the reign of the monarchy in England and replaced it with a parliamentary form of government. The "Restoration" of the monarchy took place when Charles II came to the throne in 1660.

Holland provides a thorough study of the three Restoration playwrights, their influences, and their heirs.

Johnson, Samuel, "Preface to William Congreve" in Lives of the English Poets, 1781.

It is a token of Johnson's eminence that the later eighteenth century is often called the "Age of Johnson." His collection of biographies on the lives of the poets from Cowley to Gray are amusing, often disparaging, but always insightful glosses on the literary giants of the age. The language of the...