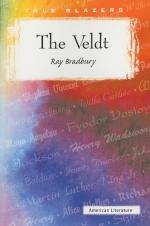 Early 1950s: Pulp fiction magazines are widely read, but their popularity is on the decline due to competition from television, comic books, and the paperback novel.

Today: Very few pulp fiction magazines exist. Most books are now printed on more expensive paper and some only exist in electronic form.

Early 1950s: Approximately 23.5 percent of American households own a television set. All sets are black and white.

Today: Ninety-eight percent of American households have a television and of these, 76 percent have more than one. Ninety-nine percent of all televisions owned are color televisions. High definition and plasma televisions are now available.

Early 1950s: Businessman Frank MacNamara and his friend Ralph Schneider introduce the Diners Club card. This is the first credit card in history, allowing members to charge food and...