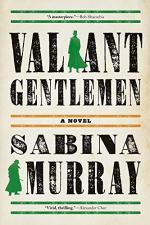 Roger Casement is an Irishman who, at the start of the novel, works with the Sanford Exploring Expedition hiring and coordinating porters to carry loads through the Congo. He also writes poetry. Later, Casement becomes a diplomat and humanitarian who seeks to end slavery in Africa. He also travels to South America to record atrocities committed against the native people there.

Casement’s humanitarian spirit and love of his homeland lead him to eventually become a political activist who advocates for Ireland’s release from English rule. He believes that Germany is the only way for Ireland to be free of England because Germany is strong enough to defeat England. Because of his dealings with the Germans, Casement is branded a traitor and is hanged.

Murray portrays Casement as both a gentleman and a gentle man. He is constantly sending money to his relatives when they are...