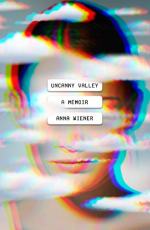 Anna Wiener
This Study Guide consists of approximately 44 pages of chapter summaries, quotes, character analysis, themes, and more - everything you need to sharpen your knowledge of Uncanny Valley.

San Francisco is where Anna lives and works for the majority of the book. It is where the region knows as Silicon Valley is established, turning the city into the most influential and important place in the technology industry. The ecosystem of Silicon Valley gradually overtakes San Francisco as it grows. The impact of the tech industry on the city is clear as Anna notes the local gentrification, the rising cost of housing, and how the influx of tech capital has made the city unaffordable for many of its original residents. San Francisco and Silicon Valley embody the tech industry and tech culture while also demonstrating the visible and tangible impacts that this industry is having on society as a whole.

New York City is where Anna lives before moving to San Francisco. It is set up in juxtaposition to Silicon Valley as...

More summaries and resources for teaching or studying Uncanny Valley.