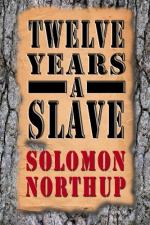 Solomon Northup
This Study Guide consists of approximately 29 pages of chapter summaries, quotes, character analysis, themes, and more - everything you need to sharpen your knowledge of Twelve Years a Slave.

A violin is carried and played by Solomon Northup throughout the novel. First learning to play as a child, the violin is a passion for him. His talents for playing are well-known, and ultimately lead to his kidnapping as he attempts to work as a musician. Solomon’s violin skills lend to his being sent around to various plantations to perform for other slaves, especially at Christmas. The pursuit of this passion helps to keep Solomon grounded.

Bibles are given by William Ford to his slaves at a time when it is illegal for slaves to be taught to read. Bibles contain the inspired word of God, and is made up of the Old and New Testaments. The Bible speaks of human freedom and the end of suffering, and inspires the slaves toward God, and toward dreams of freedom. Faith becomes integral to the survival...

More summaries and resources for teaching or studying Twelve Years a Slave.