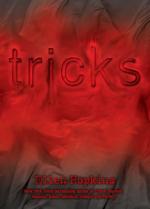 Ellen Hopkin's novel Tricks is a social commentary on dangerous teen behavior and child prostitution. The novel revolves around five teenagers who are drawn into the world of prostitution for one reason or another, and what happens once they get there.

Eden is the daughter of fundamentalist parents who send her away to rehabilitation camp after she refuses to stop seeing her boyfriend Andrew. There, Eden uses sex to manipulate events around her, gets to Vegas, contemplates prostitution, and then is saved by Father Gregory when she goes to church.

Seth is the son of a conservative farmer who kicks him out for being gay. Seth ends up being the boy toy to a much older man, who lavishes him with gifts, shelter, and food in exchange for sex. When the older man breaks up with Seth, Seth must go into prostitution and finds another man with whom to continue a relationship.

Whitney is the daughter of uncaring and disinterested parents, who engages in drug use and sex without their knowledge. She ultimately becomes a prostitute for a pimp she believed she loved, overdoses on drugs, and wakes up in the hospital. There, her mother vows that they will get through it.

Ginger is the daughter of a drug-addicted, alcoholic mother who hates being a mother. Ginger runs away from home with her girlfriend Alex after Ginger's mother hires Ginger out for sex. Ginger and Alex become strippers and are nabbed in a police sting, where they are put into rehab. From there, Ginger learns her mother is dying of HIV.

When Cody's stepfather dies, Cody turns to gambling and male prostitution to help his mother pay bills without her knowledge. In the process, he is beaten up by the boyfriend of a female prostitute with whom he works to the point of being forced into a coma.