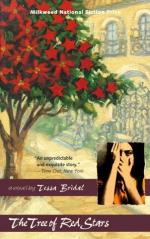 The Tree of Red Stars Characters

Cora is first introduced as a young girl who moves into Magda's neighborhood. She appears mysterious to both Magda and Emilia because she is always neatly dressed and, whenever she is outside of the home, she is always accompanied by her parents. Cora eventually is able to throw off the confines of her parents, but she does so through deceit, telling her parents one thing but then doing something quite different. She becomes a good friend of Magda's and Emilia's.

Cora elopes with Ramiro, a young man whom she meets at a political gathering. They both become involved with the Tupamaros and are arrested and tortured. Although they escape, they are recaptured. At the end of the story, no one knows what has happened to Cora. She is listed as a missing person.

Cora's father, who is overly protective of Cora, afraid that people will...