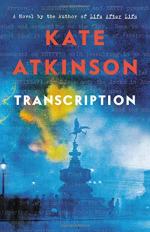 The man with the umbrella

The man with the limp and the umbrella that Juliet first sees at Moretti's is a symbol of her numerous secrets and her growing concern that the past will catch up with her. When she discovers that she is being followed by this mystery man at the beginning of the novel, she wonders if his presence is related to her recent run-in with Godfrey Toby or if he is in some other way involved with MI5. As she continues to be followed by this man, and later a woman working in concert with him, she becomes increasingly paranoid, constructing elaborate fantasies about how someone is out to get her, only to realize later that the mystery man is the husband of Nelly Varga, the crazy Hungarian woman who is still angry about MI5 not returning her dog.