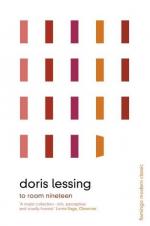 Perkins is a professor of American and English literature and film. In this essay, Perkins examines the theme of self-knowledge in Lessing's short story.

D. H. Lawrence centered many of his novels and short stories on the difficulties inherent in what he called in his foreword to Women in Love "the passionate struggle into conscious being." Lawrence's work traces the chronological development of his characters' growing awareness of themselves and their relation to their world. He also explores the antithetical forces that can impede an individual's quest for self-knowledge.

And the tragedy of this our life, and...