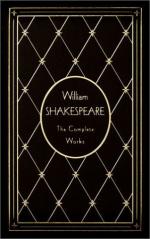 Books Like To an Unknown Poet by Carolyn Kizer | Suggested Reading

Walter B. Kalaidjian's Languages of Liberation (1989), explores the economics behind book publishing and reputation-making in the poetry world. It is an indispensable resource for those who remain mystified by why one writer is popular and another one is not.

Kizer has edited a well-received anthology, 100 Great Poems by Women (1995), which showcases both more-established and newer poets. One of Kizer's desires is to show the range of subject matter that women address.

Kizer's collection Yin: New Poems (1984) won the Pulitzer Prize and helped to establish BOA Editions, the press that published it.

Simon Worrall's novel The Poet and the Murderer: A True Story of Literary Crime and the Art of Forgery (2002) features the forgery of an Emily Dickinson poem and how the discovery of that forgery leads to two people's deaths.