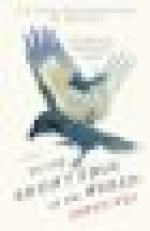 To the Bright Edge of the World Summary & Study Guide

Eowyn Ivey
This Study Guide consists of approximately 97 pages of chapter summaries, quotes, character analysis, themes, and more - everything you need to sharpen your knowledge of To the Bright Edge of the World.

To the Bright Edge of the World Summary & Study Guide Description

To the Bright Edge of the World Summary & Study Guide includes comprehensive information and analysis to help you understand the book. This study guide contains the following sections:

This detailed literature summary also contains Quotes and a Free Quiz on To the Bright Edge of the World by Eowyn Ivey.

The following version of this book was used to create this study guide: Ivey, Eowyn. To the Bright Edge of the World. Back Bay Books, 2016.

The story begins with a letter written by Walt Forrester to a museum curator in Alpine, Alaska named Josh Sloan. Walt wants Josh to transcribe the journal of his uncle Allen Forrester who led an expedition through Alaska in 1885. He also hopes that Josh will read the diary of his aunt Sophie Forrester and feature them in a collection.

In March 1885, Colonel Allen Forrester and his men, Bradley Tillman and Andrew Pruitt, begin their expedition into the wild of Alaska. Allen and crew are tasked with talking to the natives and determine whether army presence is required in Alaska. The novel shifts back to January 6th where Sophie Forrester writes about the news that Allen gets to go to Alaska. Sophie writes about a celebration at the barracks for Allen's impending trip. She is surprised by Pruitt's harsh personality when she tries to talk to him.

On March 27th, Allen and his crew are forced to leave their boats behind and they are a month behind schedule because of the ice. Allen and his group struggle to get their sleds through the slush. They are forced to abandon their tents and half their supplies. Back on January 17th, Sophie obtains a book on photography from Pruitt and later learns that she is pregnant. The Doctor forbids her from going to Alaska as he worries for her safety. Even though Sophie wants to learn more, the doctor refuses to give her a book on pregnancy.

In the present day, Josh returns Walt's letter to tell him that his museum is understaffed and likely unable to archive all of Allen and Sophie's documents. On April 7th, Allen reads Sophie's letter. While she is excited for him, she dreads the time they will be apart. By April 9th, the group arrives at King's Glacier; a 300-foot wall of ice.

On February 21st, the doctor allows Sophie to go on long walks. Six days later, Evelyn tells Sophie that Charlotte is spying on her for the woman she previously worked for, Mrs. Connor. Sophie learns that her uterus is deformed and the baby may not survive.

In April, Allen and his group continue into the mountains. Samuelson says the woman's name is Nat'aaggii and she was rejected by her family. They finally reach the Wolverine River, but they see the Old Man who causes an avalanche and buries more of their supplies.

In the present day, Josh tells Walt that he loves reading Forrester's diaries. He realizes he lives in the same place that Allen began his journey and has many questions for Walt.

Allen and his group continue over the ice and Allen knows they have to hurry or the ice will melt and they will likely die. They find the exit and the ice breaks just a few days later. As the day goes by, they begin to suffer from the lack of food. Eventually, they catch up to a group of natives, but they can only trade some gunpowder for a small amount of putrid fish. The chief tells them of the tyone (leader) of the next tribe who knows his way through the mountain but does not trust outsiders.

In the present, Walt writes back to Josh about how excited he is about sharing notes with Josh about Allen's diary.

On April 6th, Sophie is concerned that she is sleeping too much. Sophie learns from Charlotte that it was Evelyn who told the women about Sophie's pregnancy. Sophie tells the reader that she has not been home in five years and misses her father's sculptures. On May 2nd, Sophie loses her baby and is told she will never have a safe pregnancy.

On May 5th, Allen says that they encountered the old man again. He offers them meat, and the group eagerly accepts as their food supply is depleted. Allen is stunned that the old man travels so quickly. Nat'aaggii does not trust him. That night, the old man offers Allen a trade for a silver comb. Despite his better judgment, Allen takes the comb as it looks just like the one he gave to Sophie before he left. After failing to take Nat'aaggii as his wife, the old man leaves. The group decides to split up. Allen, Tillman, and Pruitt will look for the tribe, while Samuelson, Nat'aaggii, and Boyd will hunt. On the way, they find a child that Tillman carries with him. They reach the village and are nursed back to health. They meet the tyone named Ceeth Hywa, who they cannot communicate without Samuelson. As Allen helps collect firewood, he finds a buried child whose umbilical cord is connected to the roots of the tree. No one in the tribe can tell him what it is.

In the present day, Josh writes a letter to Walt about a letter he found written by a Russian missionary 100 years before Allen's venture into the wilderness. He also explains that he has spent much time transcribing the diary and attempted to find the tree where Allen found the baby.

On May 9th, Sophie writes a letter to Allen that she regrets. She is brokenhearted at the loss of her child and worries Allen will not return. A few days later, Sophie remembers how her father pursued his art and works with Charlotte to transform the kitchen into a dark room. She later writes that she is going to buy photography equipment and pursue her dream. She and Evelyn head to Portland where, after many shopkeepers turn her away for being a woman, she meets the enthusiastic Mr. Redington who helps her buy everything she needs and encourages her hobby. She returns home and is determined to take the perfect picture of a bird's nest.

On May 22nd, Samuelson and Boyd arrive in the village. With Boyd's help, Allen is able to talk with Ceeth Hwya. The tyone says that he considered killing them as he knows more people will follow. Allen tries to convince him otherwise, even though he knows people will follow him. Ceeth Hwya warns them about the Indians over the mountain and welcomes the team to travel with the tribe to fish down the Wolverine River. Allen agrees. Once they arrive at the base of the mountains, Ceeth Hwya leaves and the group continues into the mountains.

In the present day, Josh and Walt talk about the child Tillman found. Josh explains that Moses Pica, who was named by Tillman, was instrumental in convincing the government to give the land back to the Indians.

Back at the expedition, the group walks into a jungle, meeting a few tribes with no food along the way. Allen plans to cut directly across the lake to reach the mountains sooner. However, the Indians are terrified of a beast in the water. Allen does not believe them and takes the crew out into the water. They are attacked by an unknown creature, lose a canoe, and have to be saved by the Indians. A few days later, they boat close to shore. After entering the mountains, the expedition team is forced to make camp despite warnings from Ceeth Hwya. They are tormented by a storm and a feeling of hands and claws grabbing at them. Allen nearly kills himself in the chaos, but they survive the night. They continue forward as Pruitt begins to show signs of scurvy as he becomes weaker and more indifferent, Allen becomes inpatient. They reach the Yukon on June 27th.

After Sophie forces the women to leave her home when they arrived unannounced, she is worried when she receives a summons from the General. She is surprised when the general asks her to develop the pictures they received from Allen's trip. On July 27th, Sophie captures a picture of a baby taking flight, and believes it is a picture worthy of praise. After Mr. Redington sends her photographs to an editor in Philadelphia, she is asked to photograph as many birds in the Northwest that she can find. She waits for Allen's advice to accept.

As the expedition team travels down the Yukon, Allen becomes sick and Tillman writes in his place. They meet a tribe of Indians that feeds them and helps Allen recover. Allen receives Sophie's letter and is furious that she doubts his love. Eventually, they find the home of the missionary where his wife and nine children are. She feeds them and treats Pruitt for scurvy. Mrs. Lowe reveals that her husband has a native mistress and is often never home. After Pruitt fully recovers, they head for the port. Along the way, the find an abandoned cabin where Pruitt decides to remain as he wishes to find meaning in his life. They arrive at a town called St. Michaels where they wait for their final ride back to Portland. However, Tillman is fatally shot and Nat'aaggii leaves. Allen writes his final letter to Sophie expressing his love for her, his appreciation of her photography, and a promise that he will never leave her again. The reader learns that Sophie achieved her dream.

Finally, Josh uses Walt's donation money to purchase him a ticket to Alaska, promising two weeks of comfort and exploration in the landscape Walt has dreamed of for so long.

More summaries and resources for teaching or studying To the Bright Edge of the World.

To the Bright Edge of the World from BookRags. (c)2022 BookRags, Inc. All rights reserved.