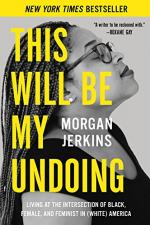 Summary
+Chapters Summary and Analysis
Monkeys Like You
How to Be Docile - The Stranger At the Carnival
A Hunger for Men's Eyes
A Lotus for Michelle - Black Girl Magic
Human, Not Black
Who Will Write Us
How to Survive: A Manifesto On Paranoia and Peace - A Black Girl Like Me
Important People
Objects/Places
Themes
Styles
Quotes
Topics for Discussion
Order our This Will Be My Undoing Study Guide

This Will Be My Undoing Summary & Study Guide

Morgan Jerkins
This Study Guide consists of approximately 55 pages of chapter summaries, quotes, character analysis, themes, and more - everything you need to sharpen your knowledge of This Will Be My Undoing.

This Will Be My Undoing Summary & Study Guide Description

This Will Be My Undoing Summary & Study Guide includes comprehensive information and analysis to help you understand the book. This study guide contains the following sections:

This detailed literature summary also contains Topics for Discussion on This Will Be My Undoing by Morgan Jerkins.

The following version of this book was used to create this study guide: Jerkins, Morgan. This Will Be My Undoing. Harper Perennial, 2018.

Morgan Jerkins' debut collection of essays blend intimate stories along with social criticism to investigate the meaning of black womanhood. She chronicles stories of her childhood and adolescence and her painful incursion into a society that privileges whiteness and casts blackness as inferior. Through her coming of age, her admission to Princeton and move to Harlem to become a writer, Jerkins reveals the factors in a young black woman's upbringing that reinforce white standards in society and devalue black cultures. Along with a critique of white supremacy, Jerkins investigates the nature of the male gaze and patriarchy in defining her sexuality. She exposes the cruel narratives that women are coerced to believe, in a process of their submission toward docility. Alongside historical narratives of black culture, quotes from academics, and pop culture commentary, Jerkins' personal stories provide the substance through which to inquire into the nature of what it means to be a black woman in a society in which they are both hypervisible and invisible. She expresses that her insights, although some could be received by all women, were written with black women in mind, for black women.

Jerkins comes to understand her difference and exclusion as a black woman when she tries out for her elementary school's mainly white cheerleading team. She expresses a desire to become a white cheerleader, that is, to attain the beauty and social mobility that whiteness enables. During her tryouts, she became aware of the presence of racialized behaviors in other girls of color who were trying out. As a child, she believed that whiteness was a standard of beauty that she could not achieve. Her mother's command for her to straighten her hair, magnified the connection between white features and beauty. She internalized the social imperative and believed that she was not beautiful, that to attain sexiness she must reproduce a white standard.

Black women's bodies have historically been fetishized, exoticized, and tamed. Hair in particular is a site of violence, and has been regulated by public institutions to conform to a white standard of straight hair. The language surrounding black people's hair, mainly "kinky" and "nappy," fetishize hair as untame and sexual. Jerkins notes that despite the attempt to make women's bodies conform to a white standard, white women and artists appropriate their fashions and hairstyles without reprove. It was not until Jerkins went to Princeton for college that she began wearing her hair naturally. It was an important moment in realizing that her body is sexy and beautiful just as it is.

Through different academic and professional programs, Jerkins travels to St. Petersburg and Japan, where she hoped to escape the United States' racialized gaze, and is disappointed to find that it is merely transformed into a different form. She encounters neo-Nazis in St. Petersburg and, upon hearing the news of George Zimmerman's sentencing in Japan, she is reminded of the pain she carries through her identification as a black woman even in a foreign land. Although Japan once seemed to be a place where she could be perceived as a foreigner, and not a black woman, the news reminded her of her difference abroad and brings her closer in solidarity to black people who must suffer violence because of racism and white supremacy. Jerkins also tackles the question as to why she chooses to call herself a black woman and not just a woman or a human, challenging the racist assumption that being black is not commensurable with being human. She writes as a black woman to bring visibility to a often neglected narratives, and is proud of her nevertheless difficult position.

Jerkins also describes her sexual awakening, and painful encounters with men who neglect her desires and impose their male gaze. When Jerkins moves to Harlem, she experiences the public appraisal of her body through catcalls. Although they are a new form of appreciation, she soon realizes that the men exert a demand on her body and reject whether or not she is interested in the encounter. If she denies them, then she is a bitch, but if she displays desire, she may be labeled a fast-tailed woman. She chooses to save sex until she is in a loving and committed relationship, but the men she dates pressure her and claim that she has set too high standards on herself. She wonders if her success as a black woman and her decision to own her body have made it difficult for her to find a man who respects and values her ambitions.

As a black female writer in New York City, Jerkins seeks the help from other black women to get into the industry. She believes that black women are already a minority, often ignored by major publications, and that black women could support one another in order to help them attain success. She encourages black women to value themselves, practice self-adulation, believe that they are not paranoid, and they are not alone. Jerkins exposes the cultural myths that make black women believe that they are lesser than their white female counterparts, and that also subjugate them to men's desires while neglecting their own. Through her emotional growth, Jerkins learns that in order to survive, black women must band in solidarity, recognize their strengths, and not be fearful of their own success. She dismantles stereotypes that may come in the way of their growth, mainly the Strong Black Woman or the Black Girl Magic tropes, which hide black women's struggles and vulnerability. Nevertheless, she acknowledges the power in narratives that highlight black women's success and the need for black women to tell their stories.

More summaries and resources for teaching or studying This Will Be My Undoing.

This Will Be My Undoing from BookRags. (c)2022 BookRags, Inc. All rights reserved.