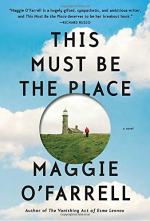 This Must Be the Place Summary & Study Guide

Maggie O'Farrell
This Study Guide consists of approximately 40 pages of chapter summaries, quotes, character analysis, themes, and more - everything you need to sharpen your knowledge of This Must Be the Place.

This Must Be the Place Summary & Study Guide Description

This Must Be the Place Summary & Study Guide includes comprehensive information and analysis to help you understand the book. This study guide contains the following sections:

This detailed literature summary also contains Quotes and a Free Quiz on This Must Be the Place by Maggie O'Farrell .

NOTE: This study guide specifically refers to the following version of this book: O'Farrell, Maggie. This Must Be The Place. Alfred A. Knopf First United States Hardcover Edition, 2016.

This Must Be the Place is a multigenerational novel of family by Maggie O’Farrell revolving largely around the lives of Daniel and Claudette Sullivan. The novel weaves back and forth through time, telling the story of Daniel and Claudette, as well as some of their children and other family members between 1944 and 2016. When the novel opens, Daniel, Claudette, and their three children live in a remote house in northern Ireland, far from anyone else. Daniel, an American by birth and a professor, travels to Belfast to deliver a lecture, then travels to New York to celebrate his father’s birthday. On his way to Belfast, Daniel is struck by news that a woman named Nicola Janks has died.

From this point on, the novel moves back and forth through time, focusing on one character at a time. It is revealed that Claudette is a famous actress who staged her death to live a quiet, family life. Her former lover and director, Timou Lindstrom, protects her whereabouts and life as it is now with Daniel. Daniel himself, following the death of his grandfather in Ireland and divorce from his adulterous wife, travels to Ireland to gather his grandfather’s ashes. While there, he meets Claudette, who has suffered a flat tire. The two quickly take to one another, get married, and have children. Claudette urges Daniel to reach out to his children from his first marriage in California, but they never respond to him.

When Daniel travels to New York for his father’s birthday, he also visits his children, Niall and Phoebe. The three of them realize their letters have all been intercepted and destroyed by Niall and Phoebe’s mother. From here on out, Daniel and his children will begin to grow closer together until Phoebe’s accidental death several years later. Meanwhile, Daniel looks up his old college friend and roommate, Todd, to learn what has happened with Nicola Janks. It is reveals that Nicola Janks, a professor and celebrity, dated Daniel while Daniel was a student –but that her decision to have an abortion ruptured the relationship, after which Daniel cheated on Nicola and led to their breaking up. Nicola’s death, it is revealed, came by way of a weakened heart from anorexia brought on by a broken heart over Daniel. As it is revealed, Daniel sent a letter to Nicola to ask her to come to America with him, but Todd intercepted the letter.

Claudette realizes Daniel’s trip back to the States has been for several reasons, and this causes a rift between the two of them that is made worse later by Daniel’s depression and alcoholism after Phoebe’s death. This in turn heads toward divorce. Daniel struggles to get a hold of himself, and finally gets clean after making a promise to his son and Claudette to stay sober. As the novel comes to a close, Daniel visits Claudette and the children in Ireland, at which time he is prepared to move all of his things out. However, he and Claudette realize they are still in love with one another, and so the two of them decide to move back in together.

More summaries and resources for teaching or studying This Must Be the Place.

This Must Be the Place from BookRags. (c)2022 BookRags, Inc. All rights reserved.