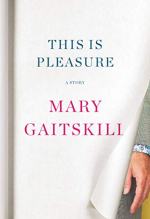 This Is Pleasure Summary & Study Guide

Mary Gaitskill
This Study Guide consists of approximately 32 pages of chapter summaries, quotes, character analysis, themes, and more - everything you need to sharpen your knowledge of This Is Pleasure.

This Is Pleasure Summary & Study Guide includes comprehensive information and analysis to help you understand the book. This study guide contains the following sections:

This detailed literature summary also contains Quotes and a Free Quiz on This Is Pleasure by Mary Gaitskill.

The following version of this book was used to create this study guide: Gaitskill, Mary. This is Pleasure. Pantheon Books, 2019. Nook Version.

The novella is broken into 22 short sections that alternate between the first-person narration of Margot and Quin. Margot is a 55-year-old woman who works as an editor at a publishing house in New York, and Quin is a 60-year-old man who works at a different publishing house in New York. The two have been friends for over twenty years. Margot begins the novella in the narrative present by recounting a time when Quin was exceptionally and absurdly cruel to a random woman he met in Central Park. He pretended to be interested in her, just for the fun of getting her hopes up and then dashing them. Margot recalls that she had always thought the story was hilarious, but she is questioning her former behavior now. Quin’s first section moves back into the past as he goes to the publishing house he used to work for before a lawsuit against him got him fired. He picks up the orchid that he left on his desk, and noticed that a cigarette pack he had decorated and filled with scrolls full of advice had been left for him. He had given it to Caitlyn, a woman who had worked at the publisher with him for years. They had been close friends, but she had accused him of sexual harassment years after he had helped to get her another job at a different publisher.

Margot recounted how she first met Quin during an interview. She ended up working for a different publisher, but the two ran into one another later and went out to dinner. He tried to touch her inappropriately, and she told him to stop. He did, and they continued a friendship for 20 years without another incident. Quin recounted how he had first met Caitlyn when she came to work for his publisher. He had teased her about her experience and then had offered to take her shopping and advise her on what sort of hair style would look best. She accepted his help enthusiastically. He invited her to parties at his house and introduced her to his wife. Their relationship turned sour when Caitlyn started dating a man with whom Quin advised her to break up. Caitlyn did not listen to his advice, and got her heart broken. She began to resent Quin and act very hostile toward him. He helped her secure a job at another publisher, though, and she continued to engage with him in flirty emails and to go out to lunches and dinners with him.

A woman named Hortense took Caitlyn’s old job, and Quin started taking her out to lunch. They went shopping one day, and he touched her breast. He met another woman, Sharona, at a book reading. Sharona was very conservative about sex and disapproved of Quin’s lewdness, but still liked to go out to lunch and talk with him. Caitlyn came to Quin’s office to meet him for lunch one day, and he was annoyed that she was late. He asked her what her punishment should be, and she said it should be a spanking, then bent over. He took a spatula and hit her bottom, and then they went out to lunch together and had a fine time. Caitlyn complained to his publisher about the incident. At first, it was assumed that the incident would be handled internally, but it grew bigger when more women started to throw accusations at him. He was fired and made into a social pariah. His wife was ashamed of him and he was frightened of what his daughter would think of him when she got older. Neither Sharona nor Hortense ever complained about him, though, and he felt confident the whole case would be dismissed, but he understood that the damage to his life had already been done. In the last section, he narrates from the present moment and tells the reader that he is hopeful for life and unwilling to let the scandal be the end of him when there is so much beauty and potential in the world.

More summaries and resources for teaching or studying This Is Pleasure.

This Is Pleasure from BookRags. (c)2022 BookRags, Inc. All rights reserved.