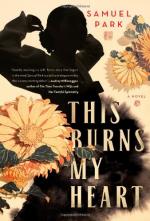 This Burns My Heart: A Novel Summary & Study Guide

Samuel Park
This Study Guide consists of approximately 30 pages of chapter summaries, quotes, character analysis, themes, and more - everything you need to sharpen your knowledge of This Burns My Heart.

This Burns My Heart: A Novel Summary & Study Guide Description

This Burns My Heart: A Novel Summary & Study Guide includes comprehensive information and analysis to help you understand the book. This study guide contains the following sections:

This detailed literature summary also contains Topics for Discussion and a Free Quiz on This Burns My Heart: A Novel by Samuel Park.

This Burns My Heart is a novel by writer Samuel Park. In this novel, Soo-Ja marries a man who she believes will take her to Seoul and allow her to become a diplomat. However, Soo-Ja quickly discovers after her wedding that her husband has no intention of breaking with tradition, but instead plans to live with his parents whom it is his responsibility to care for as they age. Soo-Ja is miserable in her life with her new husband, a misery made worse by the knowledge that the man she really loves is living the life she could have had with another woman. This Burns My Heart is a novel of love and loss, but it is also a novel of self-discovery and strength that will inspire all who read it.

Soo-Ja is the twenty something daughter of a factory owner. Soo-Ja has delayed getting married because she dreams of traveling. Unfortunately, Soo-Ja becomes aware that she cannot put off her marriage much longer. Soo-Ja's mother advices her to marry a weak man she can boss around. With this in mind, Soo-Ja chooses Min, the wealthy son of a business man whom she believes has dreams similar to her own and will allow her to dictate their future. Soon after the wedding, however, Soo-Ja learns that Min tricked her into marrying him to prove to his father that he could win a woman of substance.

Soo-Ja finds herself, three years later, married to a weak man who allows his parents to walk all over him and the mother of a small daughter. Soo-Ja is forced to serve her parents-in-law and submit to their belittling and outrageous treatment of herself and her child. Soo-Ja is often reminded that she failed to provide a male grandchild to the family and that she is simply another mouth to feed in their household. Later, Soo-Ja learns that her father-in-law owes a great deal of money on his business that he cannot pay back. The father-in-law has gone an added step by signing the business over to Min, making Min responsible for his father's debts. This means Min will go to jail if a suitable amount of money is not procured to cover the debts.

After speaking with Min, Soo-Ja decides against asking her own father for the money that her husband owes. To avoid being arrested, Min runs away and hides near Pujan. On a visit to see Min some months later, Soo-Ja sneaks away to see an old beau, the man she might have married. While gone, Soo-Ja's sister-in-law loses Soo-Ja's daughter in the busy marketplace. Soo-Ja spends the night alone searching for her child, finally receiving help from her former beau, Dr. Yul Kim, helps her in her search. Eventually they have success and find the child, but their happiness is tempered when they are forced to part ways.

Many years later, Soo-Ja finds herself managing a small hotel in Seoul while her husband blames an old back injury on his inability to provide for his family. Min's parents have moved to America and he and their daughter, Hana, dream of joining them. Unfortunately, there is not enough money. Yul and his wife, who are moving to Seoul, come to stay at Soo-Ja's hotel, both complicating and bringing joy to her life. Soo-Ja fights off Yul's advances reluctantly, determined to stay true to her wedding vows despite what her heart wants.

After Soo-Ja makes a successful real estate investment that pays off, thanks to Yul's help, Soo-Ja returns to her hometown to bury her father. In her absence, Min steals Soo-Ja's money and goes off to America with their daughter. Soo-Ja follows, swallowing her pride and agreeing to work for her miserable father-in-law. However, Min finally sees what his parents are doing to his beloved wife and what they could possibly do to his daughter. Min sends Soo-Ja and Hana back to Seoul, giving Soo-Ja the freedom to marry Yul.

More summaries and resources for teaching or studying This Burns My Heart: A Novel.

This Burns My Heart: A Novel from BookRags. (c)2022 BookRags, Inc. All rights reserved.