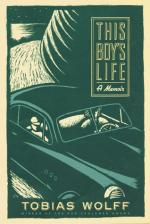 Toby is the main character in the novel and his growth, development and desire to find himself is the premise behind the novel. The novel follows Toby through adulthood as he tries to discover who he is in the face of serious obstacles.

Toby wants to be a good person, but he doesn't always know how to act on this desire. Part of the reasons for this is that he has little adult guidance. He loves his mother, but as he gets older he realizes that she's treated him more like a friend than a son. She has not made his rearing her top priority, which has allowed him to run wild and fall under some negative influences.

Toby's lack of male role models also confuses his self-development. He wants to be a good man, but his father is out of the...