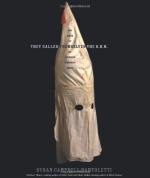 They Called Themselves the K.K.K.: The Birth of an American Terrorist Group Themes

North and South alike were full of hate during and after the war. The North thought that the South needed to be punished far beyond a destroyed land and wounded people. Many of the Northerners wanted control of the South to be sure that they "know their place." The South was full of hate and resentment because the North had ruined their financial wherewithal. The slaves made the plantations possible. The North took the slaves. The Emancipation Proclamation had stolen from them because slaves had been property for which they had paid and now had no more return on their investment.

The KKK's violence against the good things as well as bad didn't help the South. When the freedmen were chased off their sharecropped land, the KKK was stealing from the planters who were going to get some profit from the land. With the...

They Called Themselves the K.K.K.: The Birth of an American Terrorist Group from BookRags. (c)2023 BookRags, Inc. All rights reserved.