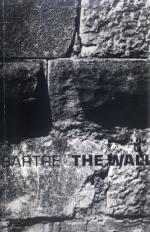 Additional Resources for The Wall by Jean-Paul Sartre

The first volume of a two-volume set covers Sartre's early life. It is the only authorized biography of Sartre.

This book provides an accessible yet sophisticated introduction to the life and works of Jean-Paul Sartre. It includes a glossary, bibliography, and biographical section.

Sartre outlines his philosophy of existentialism.

A collection of Sartre's major philosophical works, drawing on texts from throughout his career.