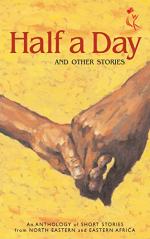 In the following essay on Ngugi wa Thiong'o, Theodore Pelton discusses the Kenyan author's controversial use of his regional language, Gikuyu, as part of his active resistance against Western imperialism (an action which lead to his imprisonment in 1978). Pelton cautions that in order to properly approach Thiong'o's written work, the reader must also approach not only the man as activist and anti-imperialist, but also the mythic presence Thiong'o's actions have created.

I am concerned with moving the
centre . . . from its assumed
location in the West to a multi-plicity
of spheres in an the cultures
of the world. [This] will
contribute to the freeing of world cultures from the
restrictive ways of nationalism, class, race,
and gender.
In this sense I am an unrepentant universalist. For
I believe that whlee retaining its roots in
regional and
national individuality, true humanism with its
universal
reaching out, can flower among...