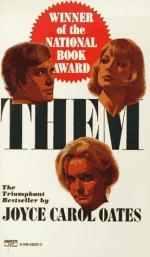 Books Like them by Joyce Carol Oates | Suggested Reading

Greg Johnson, himself a poet and acclaimed short story writer, has written extensively about Oates. His recent biography of her is called Invisible Writer, published by Dutton in 1998. This is an indispensable tool for students of Oates.

Few American novels have been able to capture the harshness of city life like Theodore Dreiser's Sister Carrie, about a young girl from a small town who moves to Chicago to make her fame. First published in 1900, the descriptions still provide great impact on the reader.

Oates has written more than one hundred books, including dozens of novels. One good companion piece to them is Foxfire: Confessions of a Girl Gang, about a group of five girls growing up on the city streets in the 1950s. It was published by Dutton in 1993.

The abrupt swings toward violence in Oates's novels have resulted in...