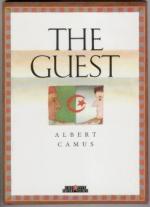 1950s: Revolt against French rule in Algeria begins in 1954 and is led by the Front de Liberation (FLN).

1990s: After the FLN separates from the government in the late 1980s, Algerian voters approve a multiparty political system. The first multiparty elections are held in 1991. In 1992, government authorities cancel a general election in which radical Muslims were gaining a strong lead. In 1996, a referendum approves reforms which prevent the use of Islam as a political platform. In 1997, more than 1,000 civilians are killed by Muslim rebels. A cease-fire is declared in October. In November, Algeria implements an international civil and political rights treaty.

1950s: With FLN terrorist activity on the rise, the French Parliament votes Premier Bourges-Mannoury special powers in 1956 to suppress the group. Charles de Gaulle is voted Premier in 1957 as the Algerian crisis threatens civil war.