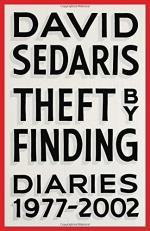 January opens with Sedaris wondering if other teachers get stoned at night, or if he is the only one. Falling back into old habits, Sedaris repeatedly writes how he will never drink at a party he is hosting ever again. This is due to his own experience drinking at a party he hosted where he consumed four beers, three screwdrivers, and multiple bong hits. Things started to spin, and Sedaris became so nauseated that he stumbled into his office and collapsed.

At the start of the new school semester, Sedaris is teaching two classes. His first class had twenty students, which Sedaris found helpful because it was easy getting them to talk. Despite this, Sedaris writes, “Something has changed, and now, when I look at my students, I see only people who are going to eat up my time” (201).

One night, Sedaris was coming home...