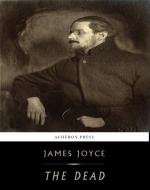 Introduction & Overview of The Dead

The Dead Summary & Study Guide includes comprehensive information and analysis to help you understand the book. This study guide contains the following sections:

This detailed literature summary also contains Bibliography on The Dead by James Joyce.

James Joyce wrote "The Dead" in 1907, three years after writing the fourteen other stories that were eventually published with it in his collection entitled Dubliners (1914). "The Dead" is the last story in the collection, and it unites the themes found in the earlier stories. In his book, Joyce wanted to give the history of Ireland. The prominent characteristic he saw in Ireland, and particularly in Dublin, was the spiritual paralysis of its people. The plot of "The Dead" presents the thoughts and actions of one man, Gabriel Conroy, on a night he and his wife attend a party given by his two aunts. With its meticulous detail, the story is realistic in style, focusing less on great events than on subtle symbolism. Conroy is presented as a rather awkward, condescending, and self-absorbed man, but he later has a moment of self-realization when his wife tells him about a relationship she had as a young girl with a youth who loved her passionately. Joyce does not make it clear, however, what kind of change Gabriel's revelation, or epiphany, brings in him. Critics disagree as to whether this change involves an acceptance of his own self-consciousness or whether he has a moment of spiritual growth, becoming a more compassionate and humane person. The story has many characters and a number of references to the dead, and many of the characters are based on people Joyce knew—his friends and family members. A great deal of critical attention has been given to the story over the years since it was published.