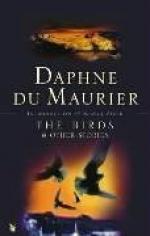 The Birds, by Daphne du Maurier, utilizes first person, limited view. This limited view is seen through the eyes of the story's protagonist, Nathan. This allows the story to unfold to the reader much in the same way that it unfolds to Nathan, increasing the suspense for the reader as the pace quickens.

The Birds is set in an unnamed English seaside town post World War II and before the Cold War. Although this is never explicitly stated, there are a variety of clues in the story to alert the reader to the setting. For example, Nat Hocken is described as a veteran with a “wartime disability” that prevents him from working full time at the farm. The telephone has been invented and is common in most homes, yet the Hocken family uses a wireless radio rather than a television for news reports. There...

The Birds from BookRags. (c)2022 BookRags, Inc. All rights reserved.