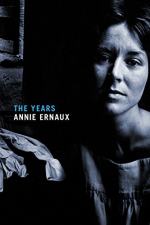 This detailed literature summary also contains Topics for Discussion on The Years (Ernaux) by Annie Ernaux.

The following version of this book was used to create the guide: Ernaux, Annie. The Years. Seven Stories Press, 2017.

Annie Ernaux's The Years is, as she describes it herself, a memoir “composed in an unremitting continuous tense” (229) which moves fluidly with only paragraph breaks to allow for subject changes. There are no dividing or organizational elements to the book, nor is there a table of contents for that reason. Instead of using chapters to help arrange disparate ideas or images, Ernaux’s entire book is one long flow of text which moves in chronological order from the end of World War II to the 2000s. For the purposes of this book guide, the book will be examined in five separate successive sections of approximately fifty pages.

Pages 1 – 48 introduce the figure which the rest of the book will follow closely and which it will later be revealed is actually the author herself. This figure is presented to the reader through photographs of the individual as a child, with the young girl’s memories being explored through these images. The girl’s childhood in a provincial town in France is given heavy consideration, as is her fascination with her parents’ talk of the previous war. The portrait of a somewhat poor but overall happy family is painted for the reader, and the girl’s childhood school days are similarly represented. There is an emphasis on gender segregation in the latter part of this section, as the girl grows older and her generation struggles to understand members of the opposite sex, whom the Catholic Church has urged them to interact with only cautiously and from a distance.

Pages 49 – 88 explore the girl’s adolescence, during which she has the opportunity to go to school and then university away from home. Her exposure to other parts of the country and to other people make her realize that her family is relatively poor, causing her much consternation and embarrassment. In university, the girl – now a woman – explores her sexuality hesitantly due to the stigma surrounding premarital sex and female sexuality. She reads widely and writes in a journal, faithfully recording her political idealism and the causes which move her during the tumultuous period. She meets a man and gets married soon after, giving birth months later.

Pages 89 -140 describe the woman in the photographs’ family life, with her interests outside of the domestic unit slowly dwindling. May 1968 – famous for nation-wide protests in France – temporarily stirs in her the old idealism and political activism she had left behind upon giving birth, but her entire generation becomes disillusioned with the lack of impact of 1968. The woman, as time goes by, imagines herself outside of her marriage and wonders what life would be like if she left her children and husband. By the 1980s, she gets divorced and enters upon a newer, more solitary life while France tumbles into an economic recession.

Pages 141 – 190 see the rise of right-wing politicians and sentiment in France, with the generation of people born after World War II feeling shocked at the weakness of the Left, the side of the political spectrum they had rooted for almost all of their lives. Catholicism dwindles in relevance, eliminating yet another familiar pillar of French society. The woman in the photographs reappears in a picture of her with her cat. She now dreams of writing down all her memories and recording the passing of time in a kind of unsentimental and impersonal memoir. She toys with the idea of using the third-person perspective to write it, as if it is not about her life at all. The woman is now middle-aged, and her grown-up sons have left home and now visit her with their partners, making her feel even older.

Pages 191 – 231 describe the lead-up to the year 2000. The woman, now retired, watches the incredible new consumerist tendencies of her nation with awe, commenting on the proliferation of ideas and technologies and finding these changes to be somewhat negative, erasing that which is most important: a philosophy by which to ethically live. She now has grandchildren, had taken up and then left a much younger lover, underwent chemotherapy, and more. Though she is older, she does not feel she has aged much over the past few years, and her life is still eventful. She decides to write her memoir in that impersonal tone she had originally considered, finding that it is most suitable to represent not only the development of her own life but also the development of an entire generation in France.