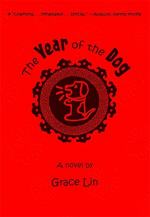 The Year of the Dog Summary & Study Guide

Grace Lin
This Study Guide consists of approximately 29 pages of chapter summaries, quotes, character analysis, themes, and more - everything you need to sharpen your knowledge of The Year of the Dog.

The Year of the Dog Summary & Study Guide Description

The Year of the Dog Summary & Study Guide includes comprehensive information and analysis to help you understand the book. This study guide contains the following sections:

This detailed literature summary also contains Quotes and a Free Quiz on The Year of the Dog by Grace Lin.

Note: This study guide specifically refers to the May 2007 Little, Brown and Company First Paperback Edition of Year of the Dog by Grace Lin.

The Year of the Dog is a children’s novel by Grace Lin which follows the journey of young Pacy as she attempts to figure out who she is over the course of the Chinese Year of the Dog. When the novel begins, Pacy and her family –Taiwanese/Chinese-Americans living in New Hartford, New York –celebrate the Chinese New Year, which will serve to be the Year of the Dog. Such a year is meant to be full of good luck, family, wealth, and friendships. It is also considered to be a good year for finding oneself because dogs are faithful, honest, and sincere. Pacy is thrilled to celebrate the Chinese New Year with her older sister Lissy, her younger sister Ki-Ki, and Mom and Dad. Pacy wonders about finding herself and discovering her special talents.

At school the very next day, Pacy meets a new student at school named Melody Ling, who is also Taiwanese/Chinese-American. Melody tells Pacy that their mothers met recently at the food store, and Melody is happy now to meet Pacy. The girls quickly become friends for several reasons. First, they share a cultural background. They also share many common interests such as playing the violin, loving to draw, and having a crush on the same boy. As the year gets underway, Pacy is thrilled not only with her new friendship, but a new family member in Baby Albert, who is born to her aunt and uncle. So far, the Year of the Dog has been full of new family and new friendships. Pacy could not be happier. except she still wants to know who she is in the wide world..

At school, Pacy learns all students will be entering a science fair and a national book contest. Pacy and Melody team up for the science fair, but they do not win. Pacy is unhappy about this, which causes her to focus harder on writing and illustrating a book. Pacy is struggling with it, however, because she does not know what to write about. It is suggested she write about herself, but this does not help Pacy because she thinks of herself as boring. While digging in the garden with Mom, Pacy realizes that the ugly vegetables grown in the garden end up tasting very good, and this becomes the subject of her book. The summer comes on, during which time Pacy goes with her family to a Taiwanese/Chinese-American cultural convention. There, Pacy is made fun of by other Taiwanese/Chinese-American kids for being so Americanized. Pacy is deeply hurt by this racism, but Mom comforts Pacy by explaining it took a while for her to call America home. However, now America is her home. Pacy can be American without losing the family culture, Mom explains, which comforts Pacy.

In the new school year, Pacy learns there is to be a costume contest for Halloween, but she loses this contest as well. It makes her very sad and causes her to question whether the Year of the Dog was so good after all. However, a short time later, Pacy learns she has come in fourth place out of twenty-thousand entries for the book award. She is thrilled to win $400 in the contest. She and her family celebrate. Pacy comes to realize that the Year of the Dog was fantastic after all, not just for friends, family, and wealth, but because Pacy now knows who she is and what she wants to do with her life. She wants to be a writer.

More summaries and resources for teaching or studying The Year of the Dog.

The Year of the Dog from BookRags. (c)2022 BookRags, Inc. All rights reserved.