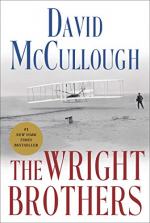 Orville and Wilbur right had many qualities that enabled them to have such phenomenal success. They were both exceptionally bright, inquisitive, humble and daring. Wilbur was the stoic visionary who refused to let go of his dream of creating a flying machine. Orville had a more relaxed nature that his hyper younger brother but was inspired by him. Orville was a mechanical whiz which was an integral element in their ultimate victory over the air.

The most important quality that the two brothers shared was tenacity. They were dedicated to their goal of creating the first fully-functioning, pilot-driven flying machine. While they adapted different methodologies – Wilbur the intellectual route and Orville the hands-on approach – they both fully bought in to their shared dream.

No matter what happened, they stayed focused on the end result. When they first began their ten-year journey, they were widely ignored by their fellow...