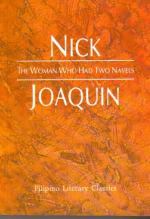 The Woman Who Had Two Navels Symbols & Objects

Whipping is used as a symbol in many of the stories for male power and dominance, as well as the violence embedded into patriarchy to keep others (children and especially women) subservient. The act of "whipping" is used in several stories in the collection, all by men against their children or wives. It is explored most acutely in "Three Generations" and "The Summer Solstice" which are both stories that examine patriarchy and masculinity. Celo Monzon feels traumatized and hardened by the whippings he experienced as a child, and in reflecting on his father's actions feels bitterness and frustration at the toxic masculinity that shaped his life. In "The Summer Solstice," the author folds the act of men whipping their wives into the story as a causal, commonplace event, which reinforces the normalization of even the more violent elements of patriarchy.

Particularly in "The Legend of...

The Woman Who Had Two Navels from BookRags. (c)2023 BookRags, Inc. All rights reserved.