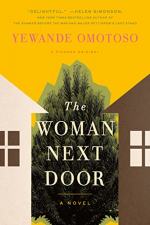 The Woman Next Door Themes & Motifs

The History of Race Relations in South Africa Is Terrible

Yewande Omotoso's aim in writing The woman Next Door is to draw attention to the terrible history of race relations in South Africa, showing readers that not only did these terrible actions occur in the past, but they continue to have repercussions today.

The history of racism is exemplified through the horrors of slavery. The Von Struicker family is an old Dutch family that owned and tortured its slaves. Evidence of this is found in the archives by Marion, who discovers schematics for torture devices designed to strain and break human bones - specifically, those of slaves. Only vile racism could explain such a brutal method of torture. When Marion discovers the documents, she is forced to face just how cruel the system of slavery and race relations were.

Racism can be seen elsewhere as well. Marion...