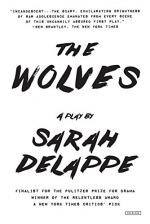 Sarah DeLappe
This Study Guide consists of approximately 67 pages of chapter summaries, quotes, character analysis, themes, and more - everything you need to sharpen your knowledge of The Wolves.

The Wolves: A Play Summary & Study Guide includes comprehensive information and analysis to help you understand the book. This study guide contains the following sections:

This detailed literature summary also contains Quotes and a Free Quiz on The Wolves: A Play by Sarah DeLappe.

The following version of this book was used to create this study guide: DeLappe, Sarah. The Wolves. The Overlook Press, Peter Mayer Publishers, Inc. 2018.

The narrative unfolds through dialogue and action, with much of the dialogue featuring overlapping conversations and much of the action featuring standardized, repeated physical warmups. The main characters are not referred to by name, only by the numbers on their jerseys.

In the first scene of the play, the team engages in its usual pre-game warmup and rituals. A new player, 46, tries to engage in both the warmup and the conversations that take place at the same time, but is mostly shut out. Those conversations cover a range of topics, everything from different ways of dealing with menstruation to what should happen to an elderly war criminal facing imprisonment for what little remains of his life. Throughout the scene, there is conflict between 7 and 14, who seem to have something of a love/hate relationship.

The second scene of the play takes place a week later. Again the players participate in their warmup; again multiple conversations take place simultaneously; and again 46, who arrives late, is excluded. Tensions emerge in this scene as a result of conversation and argument about the circumstances of Mexican migrants who have crossed over the border into America, with 7 arguing passionately that they deserve to be treated better.

Meanwhile, a familiar and playful pre-game ritual involving the consumption of orange slices brings the team together – with the exception of 46, who has never participated in the ritual. Team captain 25 insists that she join in, and after the others have gone onto the field, 2 tries to make friends with her.

In Scene Three, as the team splits up into smaller groups to do drills, several conversations play out simultaneously. These include a discussion between 7 and 14 about their plans for an upcoming holiday, and conversations between other players about the much-anticipated appearance of a university scout at an upcoming tournament. 46 starts to reveal both previously unknown playing skills and a sense of humor, while other conversations reveal how uneasy the team is with their often-drunk coach. As the game begins, 25 announces that 46 is being assigned to a key position usually played by 7, much to 7’s anger and disappointment.

7 is once again the focus of Scene Four, as a result of having suffered an injury in the previous week’s game. There is also an intense argument between 7 and 14, with 7 expressing her disappointment that 14 did not engage in sexual activity during their weekend trip, much to the chagrin of the boy (a friend of 7’s boyfriend) who had been invited along. There are also conversations about how surprisingly good 46’s play has become, with 46 eventually revealing that as a result of traveling all over the world with her mother, she has played soccer in a number of different places and in a number of different ways; this, however, is her first regular team. The scene concludes with an eruption of temper from 7, and a peace offering from 2 to an unknown player.

After an interlude titled “Time Out”, in which nervous goalie 00 vents her frustration and nerves, the narrative concludes with Scene Five (Week Six). As the players arrive for the game one by one or in pairs, there is clearly heavy tension, with conversation hinting that one of the players has died in an accident. Eventually, with the appearance of 7, the narrative reveals that the player in question is 14, killed during an early morning jog. The team’s preparations for their game that day are interrupted by a character referred to as “Soccer Mom”, but who is soon revealed to be the mother of the dead girl. She recalls conversations with her daughter, urges the other members of the team to play well, and then hurries out to collect something from her car. The team prepares to go on for their game, engaging in a loud, energetic, self-motivating team chant that soon becomes intense and wild. As the chant reaches its climax, Soccer Mom reappears, bringing with her a bag of orange slices.

More summaries and resources for teaching or studying The Wolves: A Play.

The Wolves: A Play from BookRags. (c)2022 BookRags, Inc. All rights reserved.