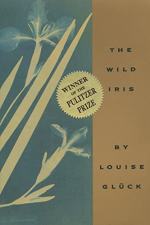 Louise Glück
This Study Guide consists of approximately 54 pages of chapter summaries, quotes, character analysis, themes, and more - everything you need to sharpen your knowledge of The Wild Iris.

This detailed literature summary also contains Quotes and a Free Quiz on The Wild Iris by Louise Glück.

The following version of this book was used to create this study guide: Glück, Louise. The Wild Iris. Hopewell: Ecco, 1993.

The Wild Iris by Louise Glück features poems narrated by the poet; poems narrated by God; and poems narrated by different plants, most of which are growing in Glück's garden. Several of the plant speakers, including the narrators of “The Wild Iris,” “Trillium,” and “Snowdrops,” reflect on their experience dying in the autumn and blooming again in spring. In some poems, the plants speak directly to Glück or some other, unnamed gardener. The speaker(s) in “Violets” suggest that the person they are addressing is suffering because they do not know that, despite the inevitability of death, the soul is eternal. The speakers in “Witchgrass” and “Clover” are both bitter because a human gardener wishes to eradicate them from the garden.

The collection is structured around the changing of the seasons from spring to late summer/early autumn. Thus it begins with the flowers blooming and ends as they are poised to die. In poems from the perspectives of different lilies, Glück presents different attitudes about mortality. The silvery lily is nostalgic, the gold lily is frightened, and the white lilies are calm and accepting.

Poems from Louise Glück's perspective are addressed to God and involve the poet's reckoning with her own suffering and her spiritual agnosticism. Many of these poems are titled “Matins” or “Vespers,” as they are essentially prayers asking God for guidance and proof of his existence. Glück's garden is the setting of most of her spiritual reflection. In “Matins (#1),” her son Noah remarks that “depressives” do not like springtime because the flourishing of the natural world creates an “imbalance / between the inner and the outer world” (2). Glück believes that she disproves this theory because of her fondness for her birch tree. In “Matins (#3),” Glück tells God, “I cannot love / what I can't conceive” (12). More than anything, she wishes he would show himself to her in some way. In “Matins (#6),” Glück accuses God of causing her to suffer considerably more than his other creations and asks him to either improve her situation or to make her the “first / being that would never die” (26). In “Vespers (#5),” Glück believes she finally receives a sign from God as she sees the field near her home lit up by a red sun, becoming “a whole / pasture of fire” (43). In the final poem from Glück's perspective, “Vespers (#9),” she is in a melancholy mood reflecting on the late summer blooms in the garden, but she is left wondering if God wishes her to “flourish, having / no hope of enduring” (56)—to live her life to the fullest even though she knows she will die someday.

In poems from God's perspective, he addresses humanity in general, a young couple he observes gardening, and later he speaks directly to Glück. He expresses annoyance and anger at humankind's selfish behavior, neediness, and misinterpretation of his message. “When has my grief ever gotten / in the way of your pleasure” (10), he asks in “End of Winter.” In “Retreating Wind,” God states his belief that humanity is self-indulgent, never satisfied with what he has given them. He thinks they wish for the one thing they cannot have: immortality.

Yet, God also expresses some sympathy for his creations and the suffering they endure. In “The Garden,” he watches a young couple planting peas and laments that they are unaware their love will end. In “Sunset,” he assures Glück, “your voices reaches me always. / And I answer constantly, / my anger passing / as winter passes” (57). God is present and he cares for his creations, even if his attention may feel insufficient.

More summaries and resources for teaching or studying The Wild Iris.