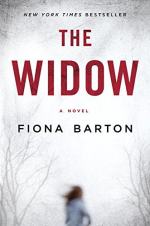 The Widow Summary & Study Guide includes comprehensive information and analysis to help you understand the book. This study guide contains the following sections:

This detailed literature summary also contains Quotes and a Free Quiz on The Widow by Fiona Barton.

The following version of the book was used to create this guide: Barton, Fiona. The Widow. New American Library, February 2016.

The Widow is a nonlinear psychological thriller that takes place in various neighborhoods of London spanning the years 2006-2010. The novel begins with first-person, present-tense narration from Jean Taylor as she describes answering the door to a reporter from the Daily Post named Kate Waters. It is June 9, 2010, and Kate has come to speak with Jean about the recent death of her husband Glen, and Glen’s involvement in a kidnapping that took place on October 2, 2006.

Chapters in the novel alternate between the perspectives of different characters and different timelines. Each chapter heading indicates who is the focus of the chapter and the date of the events described.

In 2006, Jean and Glen Taylor were a married couple in their late thirties living a seemingly normal existence. On October 2, a little girl named Bella Elliott vanished from her front yard in a nearby neighborhood. Her mother, Dawn Elliott, last saw Bella alive when she was playing in the front yard of her house. No witnesses observed the kidnapping.

After a series of false leads, detectives were tipped off that a blue delivery van, driven by Glen Taylor, was seen in the area at the time of Bella's disappearance. Glen Taylor became the prime suspect in the investigation, led by Detective Bob Sparkes.

Evidence was collected and charges were brought against Glen, but the prosecution failed in its efforts to attain a conviction. Following his acquittal, Glen sued the court and was awarded a settlement based on his experiences in jail and during the trial. Even after the failed trial, Glen and Jean were relentlessly pursued by reporters seeking a story about the couple and their involvement in Bella’s kidnapping.

Kate Waters is a reporter for The Daily Post who has followed the story of Bella's disappearance since it happened. After Glen Taylor is killed by a bus in June of 2010, Kate comes to interview Jean. Through the course of Kate’s interviews, she comes to learn a great deal about the lives of Glen and Jean Taylor and the events surrounding the kidnapping, the trial, and the aftermath.

Jean is revealed to be an unreliable narrator, and the reader is forced to determine what Jean’s truth is. The narrative is further complicated due to the fact that chapters are revealed in a non-chronological format, leading the reader through a winding story told by many different characters involved in the investigation. In addition to Jean’s first-person narrative, chapters alternate to follow the perspectives of Kate Waters, Detective Bob Sparkes, Bella’s mother Dawn Elliot, and Glen Taylor himself. Through these different perspectives, the reader is able to see the evolution of the characters and to determine the events surrounding the kidnapping, rape, and murder of Bella Elliot.