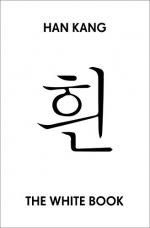 This detailed literature summary also contains Quotes and a Free Quiz on The White Book by Han Kang.

The following version of this book was used to create the guide: Kang, Han. The White Book. Hogarth, 2016.

The White Book is divided into three books. Book 1 introduces the narrator, who has recently arrived in Warsaw, Poland, for a writer’s residence. She thinks about what she heard about her older sister’s birth and death. Her mother, at age 22, had given birth to her sister when she was home alone. The birth came unexpectedly early. Her baby lived less than two hours. The mother repeatedly told her, “Don’t die. For God’s sake don’t die” (39). Nonetheless, she died. The narrator remembered a radio interview when she was asked to describe a sad experience from childhood. Instantly, the memories of what she heard about her sister’s death came to mind. However, instead, she spoke about the death of her dog when she was a kid. Later, the narrator thought about what it would have been like had her sister survived and what her experience would have been like had she been in Warsaw instead of her. At the end of Book 1, the narrator said she would give life to her sister.

In Book 2, it is sometimes ambiguous whether the narrator is the same narrator as in Book 1, or whether the narrator is now that narrator’s sister, or whether the narrator is a merging of the two sisters. At times, it seems as if the narrator of Book 2 is actually what the Book 1’s narrator imagines her sister to have experienced. The Book 2 narrator gazes at a snowflake on black coat and admires its intricate details. Additionally, she sees an elderly man suffering in the snow outside. She considers that snow is like death: it falls upon everyone. Appreciating her bed sheets, the narrator thinks that there must be a purity or whiteness within us in human beings that causes us to admire white things. She appreciates how people can see their breath in the air on a cold day. She also is awestruck by white birds and their glittering sheen.

The narrator remembers when her aunt had taken her to a coffee shop for the first time. She had admired the beauty and symmetry of sugar cubes. She remembers when she had been on a boat with her uncle. She had feared the churning sea, but her uncle was carefree. Then they saw a glittering, silver anchovy shoal. Her uncle died two years later from his alcohol addiction. She also ponders why human beings consider glittering minerals as precious. She recalls the theory that for early human beings, the glittering of water meant that it was clean. The narrator also thinks about pain, suffering, and death. She also thinks about a 22-year-old woman who gave birth when alone, and her baby survived.

Later, the narrator participates in a tradition to burn mourning clothes for her mother prior to her brother’s marriage. She questions whether or not she actually believes the tradition that her mother’s spirit would wear those clothes. She gives birth to a son, and when he grows baby teeth, she considers that the Korean word for a baby’s “lower teeth” sounds similar to the Korean word for older sister, “onni” (153). When she tucks him in at night when he is twelve, she remains by his side for a while to listen to his normal breathing. She describes her future in that she would see things through her son and live through him. Then the book closes as she says, “Within that white, all of those white things, I will breathe in the final breath you released” (157).