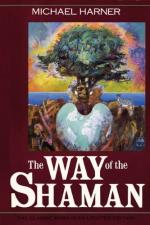 The Way of the Shaman Quotes

Michael Harner
This Study Guide consists of approximately 31 pages of chapter summaries, quotes, character analysis, themes, and more - everything you need to sharpen your knowledge of The Way of the Shaman.

"One of the remarkable things about shamanic assumptions is that they are very similar in widely separated and remote parts of the planet, including such regions as aboriginal Australia, native North and South America, Siberia and central Asia, eastern and northernmost Europe, and southern Africa." Chap. 3, p. 52

"A shaman may be called up to help someone who is dis-spirited, that is, who has lost his personal guardian spirit or even his soul." Chap. 3, p. 56

"'Nagual' refers to both a guardian animal spirit and to the shaman who changes into that power animal." Chap. 4, p. 80

"The theory to be developed in the following pages stands directly opposed to all attempts to operate with the ideas of inductive logic. It might be...

More summaries and resources for teaching or studying The Way of the Shaman.

The Way of the Shaman from BookRags. (c)2023 BookRags, Inc. All rights reserved.