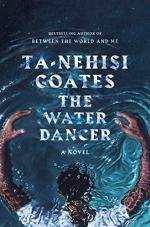 Ta-Nehisi Coates
This Study Guide consists of approximately 44 pages of chapter summaries, quotes, character analysis, themes, and more - everything you need to sharpen your knowledge of The Water Dancer.

This detailed literature summary also contains Quotes and a Free Quiz on The Water Dancer by Ta-Nehisi Coates.

The following version of this book was sued to create this study guide: Coates, Ta-Nehisi. The Water Dancer. New York: Random House, 2019.

The novel takes place at an unspecified time in the first half of the 1800s. The story opens in Virginia. The protagonist, Hiram, is a slave on a tobacco plantation called Lockless. His mother is a slave named Rose, and his biological father is Howell Walker, the owner of the plantation. Howell’s white son, Maynard, is Hiram’s half brother. Because Hiram is half-black, he must live and work as a slave. When Hiram is about nine years old, Howell sells Hiram’s mother to another plantation. When Hiram is about 12 years old, it becomes apparent that he has a nearly perfect memory (although he is for some reason unable to remember anything about his mother.) Howell decides to have Hiram educated by a tutor, Isaiah Fields. When Hiram is 19 years old, he and Maynard accidentally fall into a river. While struggling to stay afloat, Hiram has a vision of his mother. To Hiram’s surprise, Maynard sacrifices his life to save Hiram. Hiram nearly drowns, and he is surprised to find that he washed ashore on a fairly distant part of the river.

Not long after this incident, Hiram decides to try to escape to freedom. He is in love with a fellow slave named Sophia, and she agrees to come with him. However, they are caught and imprisoned. Hiram is eventually freed by secret operatives of the Underground Railroad. These operatives are Corrine Quinn (the wealthy owner of a local plantation), Corrine’s slave Hawkins (who is actually free), and Hiram’s tutor Isaiah Fields (whose name is actually Micajah Bland.) Hiram agrees to join as an operative of the Underground Railroad. The operatives bring him to a secret center of operations in Philadelphia. The operatives train Hiram in Conduction, a seemingly supernatural power that uses memory and water to help quickly and stealthily transport people. The operatives use this power to transport slaves. Also, this power is what caused Hiram to have visions and seemingly teleport when he fell in the river. As Hiram becomes more proficient in Conduction, he regains memories of his mother.

Hiram begins to aid with rescue missions, in which the Railroad uses Conduction and other methods to help slaves escape to freedom. Eventually, the operatives meet with a Railroad operative known as Moses, for she has saved many slaves. Her real name is Harriet. Hiram accompanies Moses and some other operatives to Maryland, where they successfully rescue multiple slaves. After Hiram returns to Philadelphia, he learns that Bland went on a rescue mission in Alabama. Bland was caught and killed. Soon after hearing this tragic news, Hiram decides to return to Virginia to try to save the other Lockless slaves.

In Virginia, Hiram reconnects with Corrine before reintegrating into life as a slave. Hiram reconnects with Sophia, who has given birth to a child. Sophia loves her child, despite the fact that she became pregnant with it after being raped by a white man. Hiram reveals to Sophia that he is a Railroad operative. They express mutual love, but Sophia says that she values independence and is not sure if she would ever want to marry, even after she escapes slavery. Eventually, Corrine Quinn is able to buy the Lockless plantation and free all of its slaves. Sophia and her child go to live in the North, and Hiram continues to work as an Underground Railroad operative.

More summaries and resources for teaching or studying The Water Dancer.