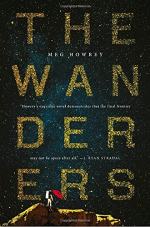 The Wanderers Summary & Study Guide includes comprehensive information and analysis to help you understand the book. This study guide contains the following sections:

This detailed literature summary also contains Quotes and a Free Quiz on The Wanderers by Howrey, Meg .

The following version of this book was used to create this study guide: Howrey, Meg. The Wanderers. G.P. Putnam's Sons, 2017.

Helen Kane, a 53-year-old American astronaut, is chosen by Prime Space, a corporate space travel enterprise, to join their planned mission to Mars. First, there will be a 17-month-long simulation that will mimic the experience of the mission in order to better prepare the crew and the organizers. Sergei Kuznetsov, a 45-year-old Russian astronaut, and Yoshi Tanaka, a 37-year-old Japanese astronaut, have also been chosen. Sergei is in the midst of a divorce, and his soon to be ex-wife has relocated his two sons to New Jersey. One of these sons, Dmitri, is 15 years old and struggling to come to terms with his homosexuality. Helen's daughter has struggles of her own, trying to carve out a career as an actress while working at a day spa. Yoshi has no children, but will be leaving behind his wife, Madoka. Madoka is global sales chief for a corporation that sells robot caregivers for medical and companionship purposes; however, she feels like her life lacks meaning and that she would rather be doing something artistic.

Luke, a psychologist and member of Prime Space's observation team watches Helen, Sergei, and Yoshi arrive in Utah for the simulation. Prime has chosen the San Rafael Swell because its terrain and conditions are similar to that of Mars. Luke reflects on the fact that, though Prime has taken every possible precaution and calculated for every contingency, there will always be elements of uncertainty in an endeavor like space travel. Leading up to the simulation, Helen worries about her advancing age, Sergei recalls growing up with a father who constantly called him weak, and Yoshi notices that something is bothering Madoka, but refrains from asking her about it. At a Prime Space dinner organized for the families, Mireille, Dmitri, and Madoka make eye contact as each thinks about their frustrations. They have one frustration in common, each lives in the shadow of a famous and beloved astronaut.

The simulation is launched, and Helen notes that it feels shockingly real. The astronauts are beset by malfunctions and challenges to which must attend, and then by strange and repetitive patterns of thought. Helen thinks of her father, who fell into a coma when she was nine years old and never recovered. She also thinks of her husband Eric, also deceased, who largely raised their daughter while Helen focused on her career. She feels like Eric poisoned Mireille against her, convincing her that her mother was cold and unfeeling. Yoshi thinks of a boy named Junya who bullied him during his childhood, covering Yoshi's eyes with his hand and making other boys swing a baseball bat near his head. Sergei thinks continually of his father calling him weak and cowardly during his childhood, and how he has spent his adult life trying to prove him wrong. Back at home, Mireille has advanced in her career, and Madoka, terribly lonely, bonds with one of her robots. Dmitri meets a college student in Manhattan and they begin a romance, though Dmitri is secretive and terrified of anyone finding out.

The Chinese government launches a spacecraft intended for the moon, but it explodes, killing the entire crew. Mireille is distraught and calls Prime Space, demanding to talk to her mother. Luke tells her this is impossible for the moment, and calms her down. Meanwhile, the astronauts are “on Mars,” when a dust storm hits. Once safely back inside the ship, Sergei tells Yoshi and Helen that his simulation helmet malfunctioned while they were outside, and that he saw their true surroundings. They are truly on Mars, he insists, not in the San Rafael Swell. Yoshi and Helen do not know whether to believe this, or to believe that Sergei is suffering from delusional thinking. Afterwards, the astronauts try to go about their work as normal, but each is feeling isolated and concerned. Yoshi feels both attracted and repelled by Helen. Sergei wonders himself if he is going crazy, perhaps he is as weak as his father said he was. Helen is still consumed with thoughts of her husband and daughter.

Mireille has lunch with Madoka and they talk in veiled terms about the lack of intimacy in their lives. Mireille also continues to talk with Luke, and they develop romantic feelings for each other. She decides that perhaps she has been too hard on her mother. Meanwhile, Dmitri has lunch with Robert in Central Park and tells him all about his difficulties being the son of an astronaut, and they kiss in public, an indication that Dmitri is beginning to accept his sexuality. Madoka finds a stray dog on her way to work and adopts it. She decides to make some changes in her life and in her marriage.

As the astronauts “return to Earth,” each writes a letter to a loved one. Helen tells Mireille that she loves her deeply, and though she wishes she could be the kind of mother Mireille wants, she cannot stop being an astronaut and will not stop leaving. Sergei tells Dmitri he knows that he is gay and that he loves him, wanting nothing from Dmitri but his love in return. Yoshi tells Madoka that he realizes he has not been fully present in their marriage, and has refused to ask questions or engage with any part of her that might not fit his preconceived notions. He vows to do better in the future. The question of whether the astronauts truly went to Mars or not is left up to the reader's interpretation.