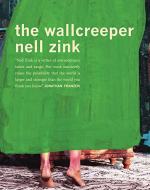 Nell Zink
This Study Guide consists of approximately 43 pages of chapter summaries, quotes, character analysis, themes, and more - everything you need to sharpen your knowledge of The Wallcreeper.

The Wallcreeper Summary & Study Guide includes comprehensive information and analysis to help you understand the book. This study guide contains the following sections:

This detailed literature summary also contains Quotes and a Free Quiz on The Wallcreeper by Nell Zink.

“The Wallcreeper” by Nell Zink is a collection of random scenes from the lives of Tiffany and Stephen, a young couple who married before they really knew one another. The action could best be described as a couple making the best of a disconnected, often unemotional situation. Tiffany and Stephen’s lives are also messy ones, as they both cheat on each other at times in their marriage. Stephen additionally was addicted to or using drugs during a good deal of their relationship. Recurring concerns in the novel include having children, infidelity, relationships and environmental issues.

This novel doesn’t have a plot as much as it follows the life of flighty Tiffany beginning at the time of her miscarriage until she finally settled down after the death of her husband. Tiffany, who also served as narrator for the novel, seems to have no ambitions beyond having good sex and doing whatever she had to do to keep from working. She married her husband, Stephen, because her parents liked him. Tiffany was content to follow Stephen wherever his job took him. She had a variety of affairs but stayed married to Stephen because he was stable and earned a good living.

Tiffany knew little about Stephen when they got married. She only learned he liked birds after he gave her a pair of binoculars as a wedding gift. Stephen got involved in environmental issues, particularly the damage being done to the ecosystem because of dams, when he fell in love with Birke, who was working as part of a movement against hydroelectric power. Stephen had an obvious affair with Birke and then followed her to Berlin. After the affair ended disastrously, Stephen quit his job and returned to birding full time. He took long trips to count birds and would often return home to Tiffany addicted to drugs.

During this time Tiffany became involved with a minister, Reverend Gernot, who encouraged her to destroy a levee on the Elbe River. Stephen helped for a while but soon grew disinterested. Tiffany went on with her work on the levee and even pulled down some of the granite rocks lining the Elbe River so that water could flow into a nearby forrest. After she finished her work, Tiffany joined Stephen on some of his birding trips. During one of these trips she realized her husband had a heart condition. While they were wading in Lake Prespa together Stephen had a heart attack and died. After his death Tiffany briefly lived with a boyfriend and then took Reverand Gernot’s offer to live in and care for his family home. She went on to work at the Federal Environmental Office and then founded an ecological planning commission.

More summaries and resources for teaching or studying The Wallcreeper.

The Wallcreeper from BookRags. (c)2022 BookRags, Inc. All rights reserved.