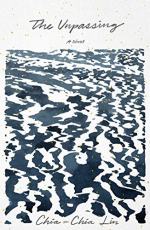 Chia-Chia Lin
This Study Guide consists of approximately 55 pages of chapter summaries, quotes, character analysis, themes, and more - everything you need to sharpen your knowledge of The Unpassing.

Chapter 7 starts with Gavin running up a steep hill with a rope he had been struggling to climb during gym class throughout the year. He jumps off of it, lands on the grass and loses consciousness. Ada finds him, and is worried that he injured himself, but he is mostly fine.

When he gets home, Pei-Pei and their father are talking about the court letter. Later, she explains that there was an issue with one of the wells their father built: A little boy was poisoned, and now the family is trying to sue for damages. Pei-Pei seems confident that she has it under control.

Gavin goes outside with Ada, who says her mother is in heaven, a new idea to Gavin. He thinks about how they never had a funeral for Ruby. Not long after that conversation, Ada kisses him.

More summaries and resources for teaching or studying The Unpassing.

The Unpassing from BookRags. (c)2022 BookRags, Inc. All rights reserved.