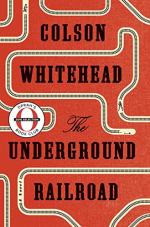 The United States of America, with its centuries-long history of tensions between races (i.e. Caucasian and non-Caucasian) is the broad strokes setting for the novel. It takes place at a time when the states of the union were in the early stages of race-defined divisions that would eventually lead to civil war in the early-to-mid 1860's.

This is the period of time in which the novel is set. It is a period where the slave trade, and the building of the American economy on that trade, was close to, or at, its peak. It is also the period when divisions between the Northern states (in which slavery was rejected) and the Southern (in which slavery was regarded as not only essential, but morally and Biblically correct) started to become more and more apparent.

Georgia is the first of several southern states in which...