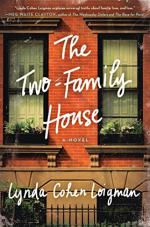 Lynda Cohen Loigman
This Study Guide consists of approximately 58 pages of chapter summaries, quotes, character analysis, themes, and more - everything you need to sharpen your knowledge of The Two-Family House.

This detailed literature summary also contains Quotes and a Free Quiz on The Two-Family House by Lynda Cohen Loigman.

Mort and Abe are brothers who live in a two-story house. Together, they run the business their father built, Box Brothers. The two men are very different. Mort is always serious. He stays focused on the numbers of the business. Abe is people-oriented and puts his energy into the customers and employees that make their business succeed.

As the novel opens, Mort is married to a woman named Rose, and they have three daughters. The oldest is Judith. Mort tries to make himself happy with his life. However, he is disappointed that Abe has four sons while he (Mort) has only daughters. Abe is married to Helen. Their house is constantly noisy and filled with the activity of the four boys. While Helen loves her family deeply, she sometimes envies Rose's quiet life with her daughters. One day, Judith walks with Helen to the drug store, and Helen finds herself jealous of the relationship a mother can have with her daughter. Helen and Rose are both pregnant and due to deliver about the same time. Rose feels that Mort will never forgive her if she has another daughter. Helen feels overwhelmed at the thought of another son. She desperately wants a daughter.

A storm rages across the city on the night Rose goes into labor, several weeks early. Both Mort and Abe are out of town on a business trip. When the two women are unable to make it to the hospital because of the storm, a midwife arrives to deliver the babies. Judith goes to sleep and, hours later, wakes to find that both women have had successful deliveries. She enters the bedroom to find Rose holding both babies, while the midwife works on Helen. Rose and Helen share a look, and when Helen nods at Rose, Rose introduces Judith to her brother, Teddy, and to her cousin, Natalie. In fact, Rose gave birth to Natalie – another daughter. The women never discuss the switch and that single nod was the only communication between them.

Mort expects to be elated to have a son in the family. Abe is terrified at the thought of having a daughter. Nevertheless, Abe easily settles into his role. However, Mort is not close to Teddy until the night Teddy and Natalie ask Mort to show them how to work some complex math problems. By that time, the families have moved into larger houses near their new, larger factory. Rose, realizing that the birth of a son did not change Mort or their relationship, is bitter. She is indifferent to all her children, including Natalie. Helen shows a deep affection for her children, including Teddy, and this adds to Rose's bitterness. The two women, once close friends, are no longer speaking to each other.

Teddy dies in a tragic accident at age eight. But by then, Teddy and Natalie have been studying with Mort and Natalie has forged a relationship with Mort that surprises everyone, including Mort. In the following years, Mort realizes that he has missed opportunities with his other children and he begins to bond with his oldest daughter, Judith.

Judith, the only other person present on the night of Teddy and Natalie's birth, overhears Rose and Helen arguing. When they make veiled comments, Judith figures out what really happened, but she does not feel it is her place to tell Natalie. More years pass. Abe dies and Rose moves away after she inherits her aunt's estate in Florida. Mort and Helen become good friends.

When Natalie admits that she is in love with the son of Helen's brother, Sol, but feels that she cannot marry her cousin, Helen tells her the truth. Typical of her forgiving, loving nature, Natalie forgives her mother and decides they should keep the secret from everyone except Sol's immediate family. She believes that she and Mort have a close relationship and she does not want to change that with the truth about her birth. As the novel ends, most of the characters have accepted their situations in life and are happy.

More summaries and resources for teaching or studying The Two-Family House.