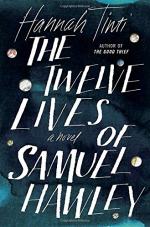 This detailed literature summary also contains Quotes and a Free Quiz on The Twelve Lives of Samuel Hawley by Hannah Tinti.

The following version of the novel was used to create this study guide: Tinti, Hannah. The Twelve Lives of Samuel Hawley. The Dial Press, March 28, 2017. Kindle.

In The Twelve Lives of Samuel Hawley, a novel by Hannah Tinti, life has never been normal for Louise “Loo” Hawley. It is not until she meets her maternal grandmother (Mabel Ridge) and is faced with the possibility that her father (Samuel Hawley) was responsible for the death of her mother, that Loo begins to question her father’s way of living. Why had they moved around for so long? Why did her father have some many guns? How did he get the multiple scars from gunshot wounds that decorated his body?

Hawley taught Loo how to shoot a gun on her twelfth birthday. It was just after they had settled in Olympus, Massachusetts, the town where Lily, Loo’s late mother, had lived as a child. Trouble began when Hawley retaliated after a couple of competing fisherman destroyed some of Hawley’s fishing gear. Hawley was ostracized as a result of his behavior, an ostracizing that trickled down to Loo at school. She and her tormenters were called into the office when Loo broke the noses of two boys who were spearheading the abuse against her.

To keep their children from getting punished at school, Hawley and the boys’ fathers agreed to participate in the school principal’s team for the town’s famous greasy pole competition. Hawley managed to capture the flag, leading his team to win. The win repaired Hawley’s reputation, but other students continued to avoid Loo at school. The only student who would talk to her was Marshall Hicks, the son of a woman determined to make their New England area a wildlife sanctuary.

The novel is interspersed with stories of how Hawley got each of his bullet wounds. He went on the run after his father died when Hawley was still a teen. Hawley fell into a life a crime, a dangerous but profitable career. Clocks appear in each bullet story. The clocks seem to direct Hawley away from crime. However, Hawley does not take the message seriously until he meets Lily. Hawley feels that Lily represents a fresh start for him, but the crimes of his past destroy their relationship.

Talbot, one of Hawley’s enemies appeared one day as Hawley and Lily were enjoying a day on the lake with their infant daughter, Loo. In the skirmish, Hawley put Loo in a canoe which he pushed across the lake to keep her safe from the gunfire. Hawley was shot by Talbot as he got his daughter to safety. Talbot shot Lily in the side, before Lily shot and killed Talbot. Even though she was badly injured, Lily tried to swim to the canoe but had the strength to go only halfway. She drowned trying to get to her daughter. Hawley hired a cleaner to keep the gunfight out of the reports on Lily’s death so it appeared her death was an accidental drowning.

Meanwhile, Loo paid a visit to Mabel when her bike was stolen during a police raid on a party Loo attended. Loo only wanted a ride home but Mabel gave Loo information about her mother’s death. She said Lily was a strong swimmer who would not have drowned swimming in a lake. When Loo confronted her father with Mabel’s suspicion that her father had murdered her mother, Hawley told Loo the truth. Loo was angry with her father and knew it was time to start making her mind up about how she felt about things.

Loo learned a major life lesson when she secretly gave Marshall Hicks one of her father’s guns. Marshall, whose mother had angered many fishermen with her petition to turn their area into a wildlife sanctuary, used the gun to shoot a single bullet into the front door of his home. The shot drew publicity for his mother, but many people familiar with Hawley’s violent nature believed that he was responsible for the shot. When Marshall told Loo that he was responsible for the shot, Loo feared that ballistics would lead police to her father. Marshall, however, refused to tell the truth about the gunshot, not caring if Hawley was put in jail for something he did not do.

Loo demonstrated her newly realized love for her father when she joined him on his journey to look for the body of his old friend and crime partner, Jove. Jove had taken on one final job after he purchased a sailboat. Because the person who ordered the job asked for both Jove and Hawley, Hawley felt guilty he had not been with his friend. Hawley was out at sea on Jove’s sailboat when Loo let her father know she had snuck aboard the vessel.

Jove’s death turned out to be a hoax intended to lure Hawley to come looking for his friend. Ed King, a leader in the business, wanted to settle accounts with both Jove and Hawley because he felt they had crossed him. King had Jove on his boat. It was clear that Jove had been badly beaten by King. With Hawley and Loo watching, King shot Jove and pushed him overboard. Hawley returned King’s fire until King disappeared in the cabin of the boat. After tending to Jove, Hawley boarded King’s boat to make sure he was dead. In the meanwhile, King had crawled onto the top of the cabin of his boat and shot Loo. In the ensuing battle, King shot Hawley in the chest.

Hawley believed he was seeing Lily back from the dead when a woman came out of the ocean and took on King. She shot King in the arm and ordered him off his own boat, which was already sinking. Loo, who had been wearing a bulletproof vest, got Hawley onto their own boat and headed back to land for medical help. The boat’s radio and navigational system had been destroyed in the gunfight so Loo was called on to depend on her knowledge of the constellations to guide them back to land. Jove died during the trip. Loo was shooting a flare just as the novel ends leaving the reader wondering if Hawley survived his 12th gunshot wound.