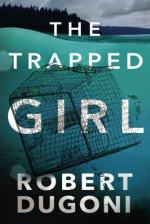 This detailed literature summary also contains Quotes and a Free Quiz on The Trapped Girl by Robert Dugoni.

Detective Tracy Crosswhite is called to a beach in Seattle after a teenage boy discovers a body in a crab trap. The first order of business is to identify the woman, who has been shot in the head. Tracy's team, including her partner, Kinsington Rowe, soon trace the woman back to a cosmetic surgeon and learn her name is Lynn Cora Hoff. They believe that is the first positive step in solving her death but discover that the name is an alias used by Andrea Strickland. The first major wrinkle in their investigation at this point is that Andrea was reported missing several weeks earlier during a mountain climbing trip and has been presumed dead. While Tracy's team begins working the case, another office demands control, citing the fact that Andrea originally went missing in their jurisdiction. Tracy is forced to hand it over, but she and her team work on a couple of final questions. The answers to those questions reveal that Andrea was not the woman in the crab trap, meaning she is still officially missing. Based on that information, Tracy's team regains control of the investigation with the understanding that they will have to keep the officers of the Pierce County Major Crimes Division apprised of their progress. Tracy is reluctant, mainly because she does not like Stan Fields, the Pierce County detective in charge of the case.

While Tracy continues to work through her leads, Andrea Strickland tells her story. She is an avid reader who has always preferred to lose herself in novels. She has few friends and chooses not to socialize. One evening, her boss insists that she attend a function, and Andrea meets Graham Strickland. After a whirlwind courtship, they marry. Graham moves in with Andrea. Though he is a lawyer, he hates the work and comes up with the idea of opening a high-class marijuana dispensary. While Andrea is skeptical, Graham believes she should support his idea without questioning him. He bullies and cajoles her into going with him to seek a bank loan. Andrea becomes so nervous during the bank manager's questions that she blurts out a secret she has kept – her parents left her a trust fund of about a half million dollars. When Andrea says the principal cannot be used to fund a business, Graham is furious. He says that as a lawyer he could find a way around that restriction. Andrea says she has already been using the interest to make up the difference between their incomes and their lifestyles.

Over the next months, the business fails. Graham is often angry, drinks a lot, and eats a lot of the drug-laced foods. When he strikes Andrea and she learns she is pregnant, she becomes determined to get away from the relationship. Her only relative is an aunt who helps Andrea get a birth certificate in the name of Lynn Cora Hoff. Andrea plans a hike up Mount Rainier, and Graham reluctantly agrees to accompany her. Just before they are to leave, she discovers that Graham is having an affair with the only woman Andrea considers her friend, Devin Chambers. Andrea disappears off the mountain and officials, including Stan, believe Graham killed her, though Tracy still does not know who killed Andrea and put her body in the ocean. She is also wondering what happened to Devin, who disappeared about the same time Graham reported Andrea missing from Mount Rainier.

As Tracy is told to hand over all her work on the case, she has one final hunch and sends out DNA on the body. She learns that the woman in the crab trap is actually Devin, meaning Andrea is still missing. Tracy and her team begins trying to solve Devin's murder, leaving Stan Fields to figure out what happened to Andrea, but the two cases soon become one and Andrea figures out how to find Andrea. Once she begins questioning Andrea, Tracy is convinced that Andrea did not kill Devin. As her team turns up more evidence, they realize that Stan had actually killed Devin as part of his effort to get Andrea's trust fund. Tracy kills Stan as he is about to kill Andrea's aunt. Citing the fact that she was not in charge of solving the case of Andrea's disappearance, Tracy allows Andrea to leave, knowing she has the money and the opportunity to simply disappear.

While Tracy is dealing with her professional obligations, she is feeling her own biological clock ticking. She had always expected to have children, but put it off for years while she dealt with the murder of her sister. Now, Tracy and her boyfriend, Dan, decide it is time to tie the knot. As the novel comes to an end, they marry with Tracy's colleagues serving in the traditional role of a family. Kins walks her down the aisle.