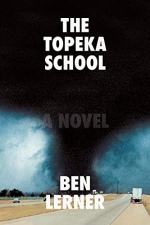 Jane’s book symbolizes the necessity of advancing feminist ideals in a culture of patriarchy and toxic masculinity. After experiencing much misogyny from her male colleagues, Jane decided to write a book about patriarchy, misogyny, and feminism. The book became highly popular, especially among women, but it elicited outrage from many misogynistic men. Somewhat ironically, this outrage only served to further prove the points of Jane’s book.