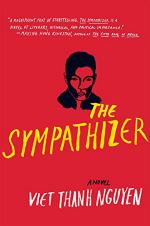 As Chapter 7 begins, the narrator admits to the Commandant that the crapulent major's death troubled him. He needed his meetings at the basilica with Man so that Man could remind him that no one is innocent.

The narrator asks Ms. Mori to dance and while they are dancing he notices that the General's daughter Lana is one...

The Sympathizer from BookRags. (c)2023 BookRags, Inc. All rights reserved.