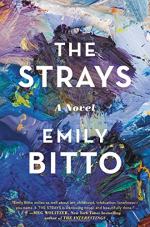 Emily Bitto
This Study Guide consists of approximately 49 pages of chapter summaries, quotes, character analysis, themes, and more - everything you need to sharpen your knowledge of The Strays.

The Strays Summary & Study Guide includes comprehensive information and analysis to help you understand the book. This study guide contains the following sections:

This detailed literature summary also contains Quotes and a Free Quiz on The Strays by Emily Bitto.

The following version of this book was used to create this study guide: Bitto, Emily. The Strays. Twelve, 2017. First U.S. Hardcover Edition.

The Strays first-person narrator is Lily, who retroactively tells the story of befriending Eva Trentham, whose father is a famous Australian painter. It is 1930, and an eight-year-old Lily is instantly hypnotized by Eva’s family’s glamorous and luxurious lifestyle. Lily’s come from humble means; her blue-collar parents are struggling to support themselves during the Australian Depression. The Trenthams, on the other hand, are not burdened by money, and throw frequent and lavish parties. Eva’s parents, Evan and Helena, are unconventional caregivers, permitting bountiful freedom to their children as they socialize and pursue their artistic work. Evan is an erratic, high-energy man, whose paintings are “obscene” and “iconic” (15,16). Helena is cast like a supermodel, beautiful and elegant, a woman too important to tend to her children.

As Lily grows into her early teens, her and Eva develop an increasingly intimate friendship. Lily sleeps over at the Trenthams every Friday and Saturday, and the two young girls are virtually inseparable: “chaste, and yet fiercely physical . . . draped constantly about each other’s bodies” (55). Eva is confident and self-assured, while Lily tends toward introversion and introspection. Lily also develops relationships with the other Trentham children: Bea, the eldest and most responsible daughter, who serves as the only true parental figure for her siblings, and Heloise, the youngest child who is often neglected and ignored by her parents and siblings.

Evan disrupts his family’s equipoise when he invites young artists into their home. Ugo, Maria and Jerome are aspiring experimental painters who are eager to learn from the great Evan Trentham. After the young artists’ casual friendship with the Trenthams, Evan and Helena offer them permanent residency in their home. Thus begins the great social experiment and its eventual decline, as the group seeks to create “a utopian ideal” that rearranges the concept of family (124). Helena understood family as “the people you choose to surround yourself with, not the people you happen to be related to” (71). In a strange turn of events, Lily is virtually adopted into the Trentham family after her father is badly injured at work and her mother feels incapable of caring for both her husband and daughter. Lily lives permanently with the Trenthams for nearly a year.

The Trenthams utopian experiment does not last, as varying factors begin to implode within the house: Eva and Lily grow apart; Heloise stops attending school and caring for herself; Jerome surpasses Evan in artistic prominence. What finally caps off the family’s implosion is when Heloise attempts to set the house on fire. She does so out of frustration, as Heloise has seen her 16-year-old sister, Eva, sexually involved with Jerome. Eventually, Jerome, Eva and Heloise runoff together, and Maria and Ugo move out to start their own family. Helena is furious that Lily did not stop Eva from fleeing, and effectively kicks her out of the house.

Almost a year after her departure, Eva returns to Lily, paranoid and emaciated. She wears traumatic scars from her time with Jerome, who was sexually involved with both her and Heloise. Despite Bea and Lily’s best efforts to help Eva, she has discernibly changed—Jerome has altered the course of her life. After Bea secretly calls her father to try and help, Eva runs away from them, this time for good. Lily does not see her again until they are much older.

Lily fast-forwards her narrative to the present, where she is a middle-aged mother. She has received a letter from Eva, an invitation to attend her dying father’s retrospective art exhibition. The old friends reunite, and Lily is brought back into the Trentham universe. Here, Lily fills in the years between Eva’s teenage departure and her middle age: Heloise has recently died in a mental institution; Jerome has reached catastrophic artistic success; Eva has battled alcoholism and depression, and has only now found a positive balance in her life. The novel’s end finds the grown-up Lily reconciling with her past, and the havoc Evan and Helena misinformed ideals wreaked on their children’s lives.

More summaries and resources for teaching or studying The Strays.

The Strays from BookRags. (c)2022 BookRags, Inc. All rights reserved.