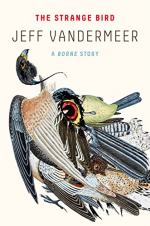 Plot Summary
+Chapters Summary and Analysis
The Escape - The Prison
The Foxes at Night - The Escape
The City - The Transformation
The Fourth Dream - The Last Days
The Fifth Dream - Where Did She Wish to Come to Rest?
Free Quiz
Characters
Symbols and Symbolism
Settings
Themes and Motifs
Styles
Quotes
Order our The Strange Bird: A Borne Story Study Guide

Jeff VanderMeer
This Study Guide consists of approximately 41 pages of chapter summaries, quotes, character analysis, themes, and more - everything you need to sharpen your knowledge of The Strange Bird.

The majority of the novel takes place in the City. The Magician, Wick, Rachel, Mord, and the Company all inhabit this area. Some other minor characters who stay in this area are Charlie X, the mutant children, Borne, and the Mord proxies. The story occurs in the city when the Strange Bird is captured by the Magician and made into a cloak. This city is a rundown, rotten city that is long past its prime.

The Prison is the setting of this novel after the Strange Bird is caught by the storm. The Strange Bird in this setting is stuck in her jail cell for most of the time. The Old Man lives in this prison along with weasels, a strange traveler, and some corpses. The prison is old and abandoned. Almost all of the Strange Bird’s interaction with the Old Man occurs in...

More summaries and resources for teaching or studying The Strange Bird: A Borne Story.