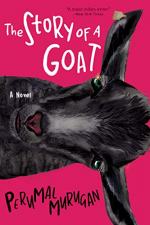 The Story of a Goat Summary & Study Guide

Murugan, Perumal
This Study Guide consists of approximately 38 pages of chapter summaries, quotes, character analysis, themes, and more - everything you need to sharpen your knowledge of The Story of a Goat.

The Story of a Goat Summary & Study Guide Description

The Story of a Goat Summary & Study Guide includes comprehensive information and analysis to help you understand the book. This study guide contains the following sections:

This detailed literature summary also contains Quotes and a Free Quiz on The Story of a Goat by Murugan, Perumal.

The following edition of this book was used to create this study guide: Murugan, Perumal. The Story Of A Goat. Translated by N. Kalyan Raman. New York: Black Cat, 2019. Paperback.

An unnamed old man who is a goat farmer is watching the sun set over the rural hills near his house when he sees a mysterious giant begin walking in his direction. As the giant arrives, the old man stops him, and the giant is holding an extremely tiny, all-black baby goat. The giant gives the goat to the old man and walks away before the old man can repay him.

The old man and his wife, the unnamed old woman, are initially doubtful that they will be able to care for the goat, as it is so tiny, and the two mother goats that they own refuse to feed it. The goat, eventually named Poonachi, sleeps inside with the couple, while the other goats must sleep in the barn. The couple realizes that they must register the goat with the local government. They wait until one of their mother goats gives birth to a small litter, and claims that Poonachi is from the same litter. The official appears to accept this explanation, but he puts the ear tag used to pierce Poonachi’s ear on one of her nerves. Eventually, Poonachi grows big enough to be taken with the other goats by the old man to the grazing pastures, instead of staying inside with the old woman.

The old couple takes all of their goats for their annual trip to their daughter’s house, a four-day journey away. Poonachi wanders away from the group one night, and observes a family of boars drinking from a lake together. The next morning, she is found by the old woman, as the journey resumes. At the daughter’s house, Poonachi becomes attracted to a young male goat, named Poovan, who is sweet and considerate, unlike the other goat kids being raised by the old couple. After many days, as they depart the daughter’s house, Poonachi bleats out for Poovan, and the couple puts a rope around her neck for the first time, an inadvertent change in the relationship between Poonachi and her owners. As the family travels home, another goat is accidentally killed when a farmer throws a stone at the family, believing them to be thieves.

Shortly after the family returns home, Poonachi begins to menstruate, and the old man arranges for her to be impregnated by another goat at the pasture. Poonachi finds the experience to be humiliating as she privately dreams of Poovan. The couple begins to sell some of their goats as Poonachi becomes pregnant. Eventually, she gives birth to a litter of seven kids, an exceptionally large litter. A local official now visits their house in order to register the kids. Poonachi is increasingly tired as she attempts to milk all seven kids. The couple eventually decides that they will sell the kids. After receiving many intentionally low offers from professional traders, a wealthy stranger comes by and gives the couple a generous offer for all seven kids. The old man uses some of the money to buy jewelry for the old woman.

The couple again takes Poonachi and the other goats to the daughter’s house. One night, Poonachi and Poovan are tethered next to each other in the barn, and they passionately have sex. However, a few hours later, Poonachi hears a commotion as Poovan is taken away. The next day, Poonachi sees that Poovan has been sacrificed to the gods, and she feels a newfound sorrow.

The couple, not knowing of Poovan, is surprised to find on their return home that Poonachi is pregnant once again. Also once again, she gives birth to a litter of seven kids. However, there is now a drought that grips the land, and there is nobody interested in purchasing the kids. Eventually the rich stranger returns, and offers to buy four of the kids, even though, he reports, all of the female kids from the last litter have died.

One night, Poonachi cries out while dreaming of Poovan. The old woman mistakenly believes that Poonachi is in heat, and takes her out to the pasture, where Poonachi is impregnated by a wild goat. The drought continues to grip the land, and the couple repeatedly cuts back on their daily food, eventually slaughtering Poonachi’s kids for food. The old man curses Poonachi, believing that she is in some way responsible for the tremendous famine. The couple sells all of their other goats, and most of their household items.

As Poonachi sleeps one night, a dream takes her through all of the different milestones and moments in her life. When the old woman wakes up in the morning, she sees that Poonachi has turned into a stone statue.

More summaries and resources for teaching or studying The Story of a Goat.

The Story of a Goat from BookRags. (c)2022 BookRags, Inc. All rights reserved.