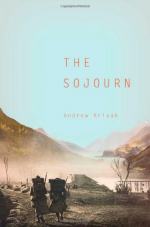 The Sojourn Summary & Study Guide includes comprehensive information and analysis to help you understand the book. This study guide contains the following sections:

This detailed literature summary also contains Quotes and a Free Quiz on The Sojourn by Andrew Krivak.

"The Sojourn" by Andrew Krivak is a novel depicting the journey of a young man from anonymity to the horror of war, and back again to a life of peace and productivity.

Jozef Vinich is an American-born young man born to Slovak parents, living in the turn of the 20th century. Early in his life he loses his mother in a train accident and his father takes him east to Pennsylvania. There his father runs into trouble with the local citizenry and, fleeing the law, takes his young son back to the old country.

During a time when Austria-Hungary was still an empire filled with a variety of ethnicities and local identities, Jozef and his father Ondrej live the life of the shepherd, spending half the year perched in the Carpathian Mountains. It is a small existence, and quiet, but Josef learns English and history and becomes a very good shot.

One spring when they are down in the village they add a new member to their family. Marian, or Zlee as they come to call him, is the son of a cousin of Ondrej. She is down on her luck and unable to care for her son anymore, so Ondrej and Jozef make Zlee their own.

Ondrej teaches the boys the ways of a hunter: patience, stillness, observance. He teaches them to respect their prey and the land. They love their life and their father, but the idyll can’t last.

War comes to Eastern Europe and the boys sign up together. They are early on recognized for their skill and assigned to an elite sharpshooting unit. They experience good fortune in the war, as the snipers are too valuable to use in the trenches, until they are sent to the Italian border to find a sniper that has for six months been picking off the soldiers on the Austrian border. There, under the unfair command of an Austrian officer, they are sent to live in the woods until the sniper is killed; however, the sniper has a partner and traps Zlee and Jozef in their crosshairs. Zlee is killed and Jozef returns to his commander disgraced.

Rather than shoot him for his failure, the commander sends him to the trenches, where if the Italians don’t kill him, dysentery or starvation will. Jozef is involved in the last major push of the Austrian army, and is captured by the Italians and sent to prison in Sardinia.

Faced with the loss of Zlee, the war, and probably his father, Jozef tries to regain strength and heal his broken spirit. When the war is over he is set free, and immediately attaches himself to a young Gypsy girl, pregnant and in need of a protector. For a short, idyllic time they live as a family; Jozef is so much in need of family that he believes he will be with her forever. However, when her baby is born she gently expires in loss of blood and expense of energy, but not before making Jozef promise to return her baby to her village. Blinded by grief, Jozef luckily stumbles into the girl’s family, who take the baby as their own and send Jozef back to Czechoslovakia.

By the time he returns he has barely hope that Ondrej is still living, and he is right. His father has died a year or more before, but has left him a small fortune and a larger gift- his American birth certificate, which gives him the right to leave the country that has treated him so poorly and start over in the land of his birth. The story ends with Jozef watching the war-torn country slip away behind him as he travels to a new destiny.

The Sojourn from BookRags. (c)2022 BookRags, Inc. All rights reserved.